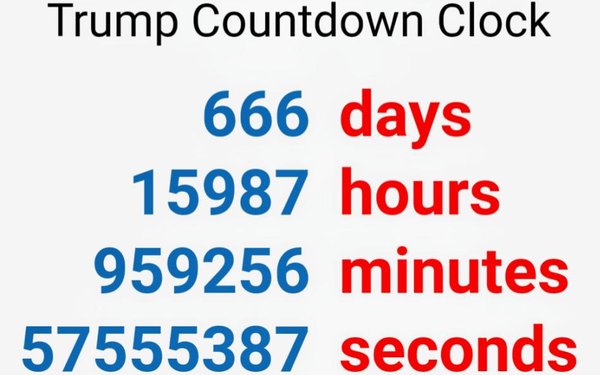 Among the fascinating details revealed in a soon-to-be-released book about former First Lady and Bush family matriarch Barbara Bush, is how much she detested the current President, including the fact that she kept a “countdown clock” of his term in office by her bedside until her death.

The detail, which was published as part of an excerpt of “The Matriarch: Barbara Bush and the Making of an American Dynasty” today in USA Today immediately spread like wildfire on social media.

It made me curious, so I created a countdown clock to Inauguration Day on Jan. 20, 2021 and the number of days remaining are 666.

Feel free to keep it by your bedside.