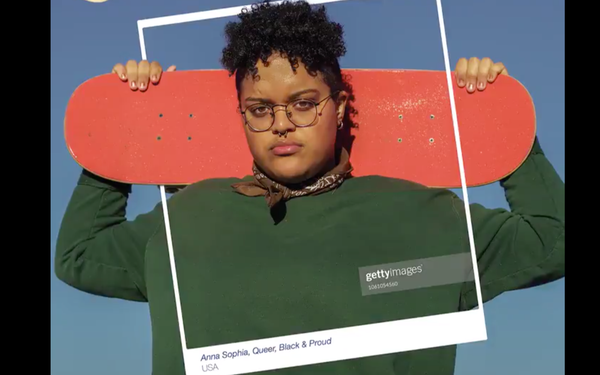 In a novel push to show the world more diverse beauty images, Dove, Girlgaze and Getty Images are teaming up to create Project #ShowUs. Calling it the world’s largest stock photo library created by women and non-binary individuals, the group says the goal is to offer some 5,000 images that those in the media and ad industries can view, license and use in projects and campaigns.

The new initiative fits into Dove’s ongoing efforts to make sure women -- young women, especially -- feel less alienated by the airbrushed images of perfection that most brands still rely on for advertising and marketing. The Unilever brand’s research has found that 70% of women say they don’t feel represented by such images.

Girlgaze, a creative and tech agency with a network of 200,000 female-identifying and non-binary creatives around the world, says the photos, shot by 116 Girlgaze photographers, include people from 39 countries.

And, in a first for Getty, each of the 179 photo subjects has personally defined tags and search descriptions for their images, which allow them to define beauty in their own language and terms.

The project organizers say there is an increasing demand for this kind of project. Dove reports that 67% of women say they expect brands to use more representative imagery. And Getty reports a significant uptick in demand for such images, with the search term “real people” increasing 192% in the last year, “diverse women” up 168% and “strong women” rising 187%.

For Dove, there is a consumer engagement angle as well, as it encourages women around the world to post pictures of themselves that define beauty, using the hashtag #ShowUs.

Efforts to support images of diversity and women’s empowerment are spreading through industries, including tech; through company boards and other corporate leadership; and in countries like Ireland. The latter’s ambitious 20X20 program aims to increase coverage of women’s sports, participation in women’s sports and attendance at women’s sporting events by 20% by 2020.

But more brands are finding ways to infiltrate those movements. Earlier this month, Adidas announced the second phase of its "She Breaks Barriers" initiative, aiming to increase U.S. media coverage of women’s sports. The effort includes live-streaming of women’s sporting events on Twitter.