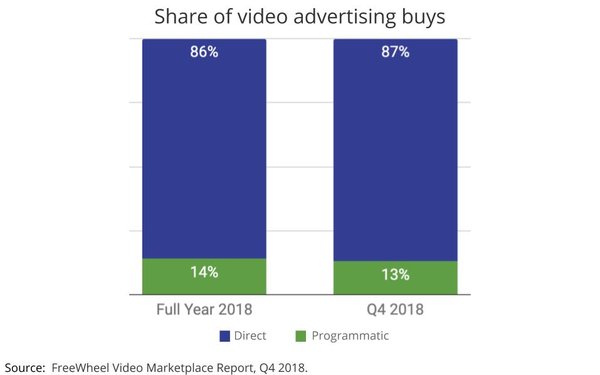 At the same time, digital video programmatic deals now have a 13% share, up 60% from the same period the year before.

The study added this note: “Often deals that are executed automatically are still negotiated directly between two parties.”

The study says premium video delivered high ad completion rates, 80% to 90%, for pre- and mid-roll advertising. The average ad load for a mid-roll break was 3.9 commercials.

A major part of this rise came from MVPD platforms, which had ad view growth of 66% in the fourth quarter, including virtual MVPDs Sling TV, Fubo, Sony Playstation Vue.

Comcast’s FreeWheel is one of the largest platforms used by TV networks and major video distributors to serve ads alongside programming content.