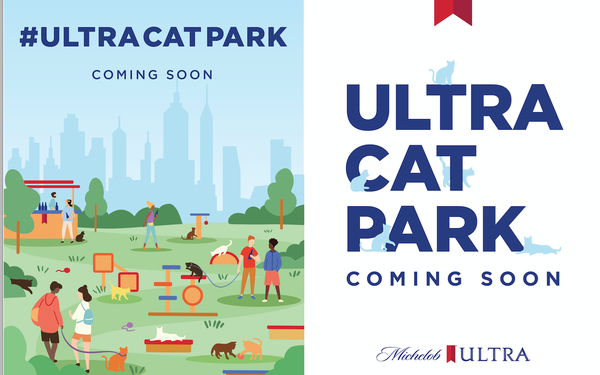 Michelob Ultra and Hardee’s are among brands getting in on the April Fools' Day fun with pranks that include fake products, fake promotions and fake campaigns.

Michelob Ultra is launching a petition on change.org inviting consumers to vote for the creation of an outdoor cat playground. The park will have working taps that dispense ice cold Michelob Ultra for owners. While the park isn’t going to happen, for every comment or reshare of the post, Michelob Ultra will donate $1 to North Shore Animal League America to help build a new feline adoption center.

SmileDirectClub is also releasing a pet-themed pseudo-product: Canine Aligners that straighten your dog’s teeth three times faster than traditional braces. For humans, the company is offering Flavored Aligners that deliver the tastes of your favorite foods all day long and Bluetooth Aligners that enable tooth-based communications (in partnership with Sharper Image).

Move over, CMOs, Hardee’s claims to be looking for a CBO:Chief Biscuit Officer. Those who apply at www.hardeescbo.com will be entered to win free Made From Scratch Biscuits for a year.

SodaStream is launching the mythical SodaStreamMe, an on-the-go bottle that enables users to carbonate their own drinks simply by blowing into the cap, releasing excess CO2. The effort includes a website and a video of Astronaut Scott Kelly demonstrating the product, where he says: “When life gives you gas, make SodaStream.”

Online shopping destination RetailMeNot is unveiling a new festival for deal hunters, called Dealchella. The event is said to include daily flash sales on flash tattoos and a line-up that features deal-seeking artists like Taylor Thrift.

Virgin Voyages is upping the ante and means of transportation for its RockStar Suites Sailors. Inspired by The Runway, the red running track that sits atop of the ship like a halo, cruisers staying in RockStar Suites will now arrive and depart via their own runway on a private jet transfer.

Kimpton Hotels & Restaurants is announcing its Culinary + Cocktail Trend Forecast for spring 2019, including Coffee Grounds on Toast, the new avocado toast. Other food trends include Keto Pasta (noodles made from butter) and salt water (electrolyte-rich, salted water sourced directly from the Pacific Ocean that will replace bottled flat and sparkling water.)

Club Pilates is launching REFORMITALL, a product that claims to provide the benefits of Pilates in the palm of your hand. It will be promoted through a digital spot and at www.REFORMITALL.com. The actual product is a CBD muscle rub, and those who purchase it will get a free class as part of the prank.

Finally, if Pilates isn’t your thing, Auntie Anne’s Hot Yoga Studios will include signature “Heaven Scent” aromatherapy, with the smell of freshly baked pretzels piped into classes. Already masters of hand-rolling pretzels, Auntie Anne’s instructors were trained at the company’s Lancaster, Pa., headquarters to use these same techniques to relieve stress and pain after class.