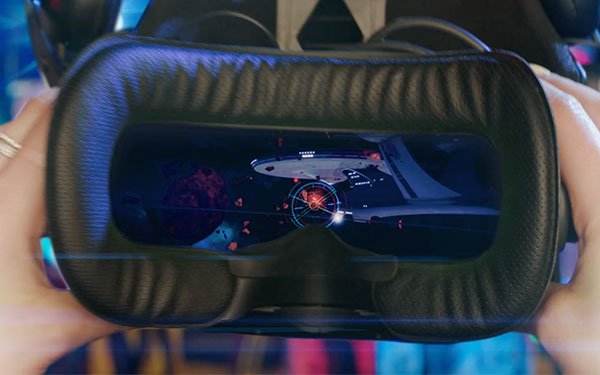 Using a virtual reality simulator, VRstudios created a multiplayer experience that places players in a rescue mission alongside the Enterprise at the edge of Klingon space.

In the VR experience, the vessel is on a routine mission to evacuate a stellar observatory when a decaying neutron star it orbits collapses, leaving the vessel incapacitated.

Players use a special virtual interaction device that allows them to control the vessel’s phasers and deflection shields.

“We combined all the well-established frameworks of 'Star Trek' with some all-new story elements and characters, while also delivering multiple different endings to keep players coming back,” stated Chanel Summers, VRstudios’ vice president of creative development.