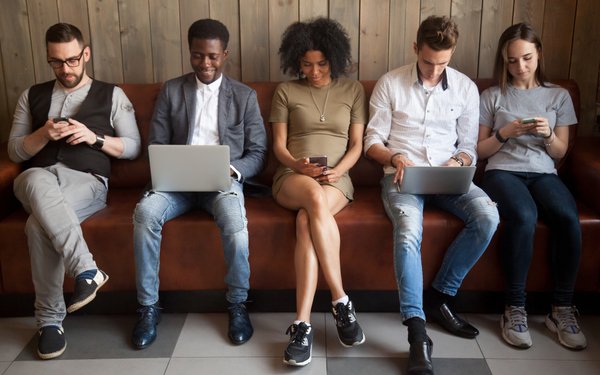 Even when advertisers set their targeting parameters to be “highly inclusive,” Facebook’s ad delivery system might be discriminating based on their gender and ethnicity.

That’s according to a new study from Northeastern University, the University of Southern California and consultancy Upturn.

There are several potential reasons why Facebook’s ad delivery algorithms might open the door to discrimination, they contend.

It might “inadvertently cause ads to deliver primarily to a skewed subgroup of the advertiser’s selected audience, an outcome that the advertiser may not have intended or be aware of,” they write. “This is particularly concerning in the case of credit, housing and employment, where such skewed delivery might violate anti-discrimination laws.”

Just last week, the Department of Housing and Urban Development sued Facebook for allegedly blocking ads from being shown to people based on their race and gender.

Facebook also recently settled a related lawsuit with the ACLU. It agreed to prohibit advertisers of housing, employment and credit offers from targeting ads based on age, gender, ZIP code and ethnic affinity.

The researchers also contend that market effects and financial optimization can play a role in ad delivery, where different desirability of user populations and unequal availability of users may lead to skewed ad delivery.

“However, if these ‘valuable’ user demographics are strongly correlated with protected classes, it could lead to discriminatory ad delivery, due to the advertiser’s budget alone,” they add. “Even though a low budget advertiser may not have intended to exclude such users, the ad delivery system may do just that because of the higher demand for that subgroup.”

For Facebook, the issue of racial and ethnic bias is a sensitive one.

Late last year, the NAACP called for a boycott of Facebook amid revelations that it failed to stop the spread of political misinformation among the African-American community, leading up to the 2016 presidential election.

In addition, the NAACP says it returned a recent donation from Facebook and officially calling on Congress to conduct further investigations into the company.
ad targeting, advertising, demographics, facebook, gender, social media
1 comment about "Facebook Ad Delivery May Lead To Discrimination".
Check to receive email when comments are posted.
Next story loading