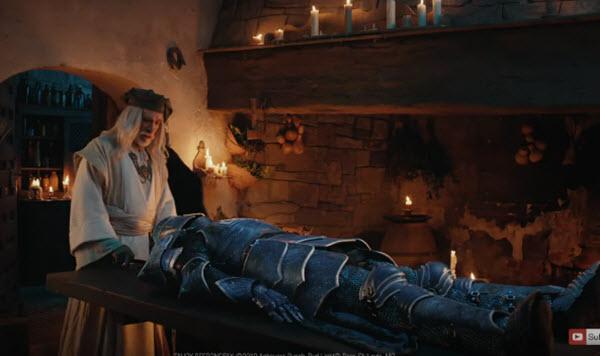 Bud Light is featuring another “Game of Thrones” tie-in in a new TV spot set to debut during this weekend’s NCAA Final Four tournament.

The new 30-second ad (below), from Wieden + Kennedy, is a thematic follow-up to one of the 60-second ads that Bud Light ran during Super Bowl LIII.

In the Super Bowl ad, the “GoT” character The Mountain slew the Bud Knight and Daenerys Targaryen’s dragon torched the crowd during a jousting match.

This time — in a scenario spoofing the scene where a witch brings “GoT”’s Jon Snow character back to life — Bud Light’s medieval healer resurrects the Bud Knight by using an incantation consisting of the names of Italian pasta varieties.