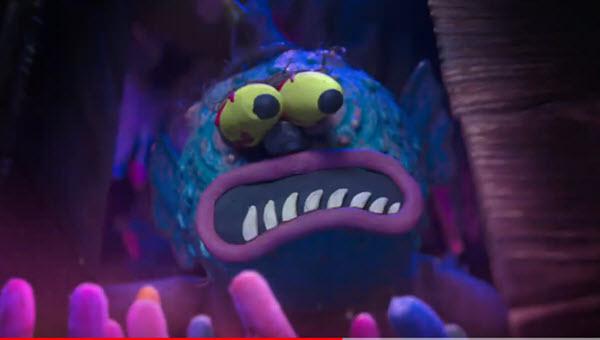 Ferrara Candy parent Ferrero Group is continuing its investment and expansion surge with a Trolli campaign that marks the brand’s largest-to-date media investment.

Called “It’s Trolli,” the campaign celebrates the weird appeal of the original gummy worm brand and the gummy extensions it’s spawned over the past three decades, including Sour Brite’s crawlers, sloths and tiny hands shapes.

The first TV spot, “Cupboard” (below), depicts the brand’s namesake, a troll, being transported out of his dark world and momentarily transformed into a gleeful clown by a cupboard that acts as a portal into a gleefully psychedelic land full of the neon-colored gummy candies.

“This new marketing campaign delivers on an ownable insight for our brand: Trolli’s dash of ‘delicious darkness’ -- through our brand history, black packaging and product origins -- is what truly sets the brand apart in what has now become a sea of weird,” summed up Annie Meyer, marketing director at Ferrara Candy Company.

More TV spots are set to launch over the next month. The campaign will also include online video and Trolli’s social channels.

Italy’s Ferrero Group, which has its U.S. headquarters in Chicago, has in the past two years acquired Ferrara and Nestle’s U.S. candy business and recently announced its acquisition of The Kellogg Company’s biscuits/cookies, fruit-flavored snacks, ice cream cones and piecrust businesses.

Ferrero and its divisions are acquiring brands that have been neglected and investing in improving their quality and marketing.

The company recently launched a major campaign for the “Better Butterfinger,” and starting last year, has backed the U.S. launch of its Kinder Joy candy-with-toy brand extension with a significant campaign that has included spots aired during the 2018 and 2019 Academy Awards.