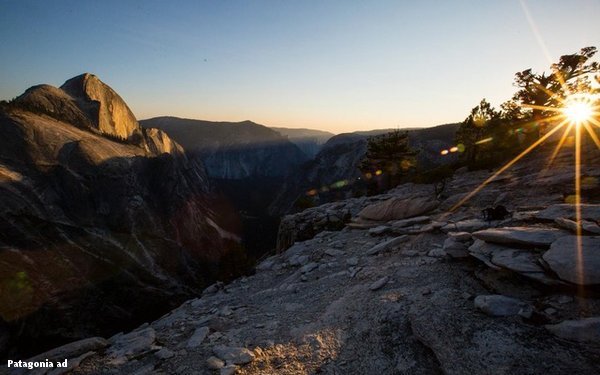 Patagonia is amping up its definition of purpose and says it will only take on new B2B clients if they are committed to protecting the planet. And while it will continue to crank out those logo’d vests for companies it already has relationships with, it hopes the new policies will get more brands on board with environmental activism.

The company’s statement comes after a series of reports that it was cutting off corporate work for banks and tech firms, a business it's so good at that many call those logo vests “the Midtown uniform.”

Insisting that it has no intention of leaving any “bro’s out in the cold” with its new group sales policy, Patagonia says in a statement, “We continue to sell to, and welcome the business of, the B-to-B companies and nonprofits who have been short- or long-term loyal customers — including those who order co-branded vests or other items that feature the group’s logo as well as ours.”

But it says demand is up sharply for such products, so for new co-branded partnerships, “we now favor B Corps, members of 1% for the Planet and other, similar values-aligned companies.”

Some experts in purpose-driven branding applaud the move. “I love that Patagonia has done this,” says Phillip Haid, CEO of Public Inc., a Toronto-based consultancy that works with such brands as Tiffany & Co., Johnson & Johnson and NBC Universal. “This is a ratcheting up of clarity. There are very few companies that could do this, but it shows such confidence in their own positioning to be able to say, 'We stand for the environment and we don’t want to work with companies that don’t.’”

The story generated plenty of buzz, including a wise-guy response from Vanity Fair suggesting that all those finance bros could turn to options like “a vest, but made of Allbird sneakers laid flat and sewn together; a button-down shirt but with the sleeves cut off to look like a vest (it’s disruptive)…or arm warmers.”

Haid also thinks that, at a time when brands seem to be backing away from the strong statements so prevalent in the months following the presidential election in 2016, it’s canny for Patagonia to show how it is continuing to pursue its values.

“This move may seem different from what it’s done in the past,” he tells Marketing Daily, “but I think only by degrees.” He sees it as very much in keeping with the company’s decision to donate all $10 million it saves in “evil” income tax cuts to environmental causes, for example, or its suit against President Trump over the reduction in the size of the Bears Ears National Monument in Utah.

A Patagonia spokesperson says the company and other plaintiffs are waiting for Tanya S. Chutkan, U.S. District Judge, to rule on the government’s motion to dismiss the case.

“Patagonia is the poster child for purpose-driven brands,” Haid says. “This is the next step in its evolution. We’re seeing more companies like Patagonia, Levi’s and Dick’s Sporting Goods taking strong stands, leaning more into purpose. And it doesn’t have to be at a cost to their business.”