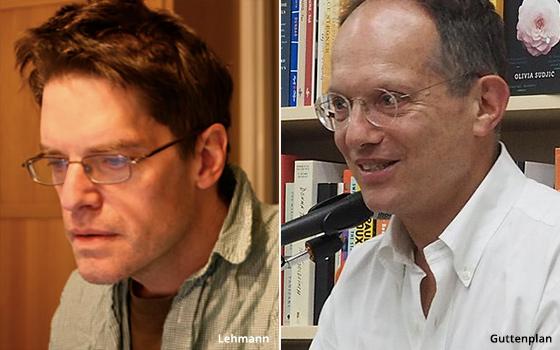 Katrina vanden Heuvel will step down as EIC of The Nation after 25 years at the helm in June, the outlet reports. Editor-at-large D.D. Guttenplan will take her place at the top of the magazine’s masthead.

As part of the transition, vanden Heuvel, who is also publisher of the title, will serve as The Nation’s editorial director. She will remain publisher.

In an interview with The New York Times, vanden Heuvel said: “It’s a time of tectonic shifts, and a new editor is part of the change that I think is important to continue The Nation’s work as a place of progressive ideals and ideas.”

During her tenure as EIC, vanden Heuvel transformed The Nation into a multichannel media company comprised of print, web, newsletters, podcasts, videos and an education program. The magazine has won a Shorty Award for its Twitter feed and reports over 30% of its trafficacross its website and social media comes from the 18-34 demographic.

vanden Heuvel and Guttenplan both started at The Nation as interns, in 1980 and 1979, respectively. vanden Heuvel went on to become the weekly’s top editor in 1995. During that same year, she bought the brand with a group of investors.

Guttenplan became The Nation’s London correspondent in 1997 and its editor at large in 2015. Most recently, he was EIC of the London-based Jewish Quarterly. He is the producer of the documentary Edward Said: The Last Interview and wrote and presented the radio documentary War, Lies, and Audiotape. His writing has appeared in the Atlantic, The Guardian, The New York Times International Herald Tribune and Harper’s.

Guttenplan and vanden Heuvel coedited The Nation’s 150thanniversary special issue. Guttenplan is also the author of The Nation: A Biography, a history of the title.

The Nation also anticipates hiring an executive web editor to further the evolution of the brand.

Separately, The New Republic has named Chris Lehmann its full-time editor. His position is effectively immediately ,following his time as a consulting editorial director at the publication.

Most recently, Lehmann was EIC of The Baffler and penned the “Jaundiced Eyeball” and “The Blessed and the Brightest” columns. He will remain editor at large at the magazine.

Lehmann has worked at Newsday, New York, The Washington Post and Yahoo! News. His books include Rich People Things: Real-Life Secrets of the Predator Class and The Money Cult: Capitalism, Christianity and the Unmaking of the American Dream.

Lehmann will work in both the Washington, D.C. and New York City offices of The New Republic.

His appointment follows the recent hire of Kerrie Gillis as publisher.