AMI Puts 'National Enquirer' Up for Sale, Said To Be In Talks With Buyer 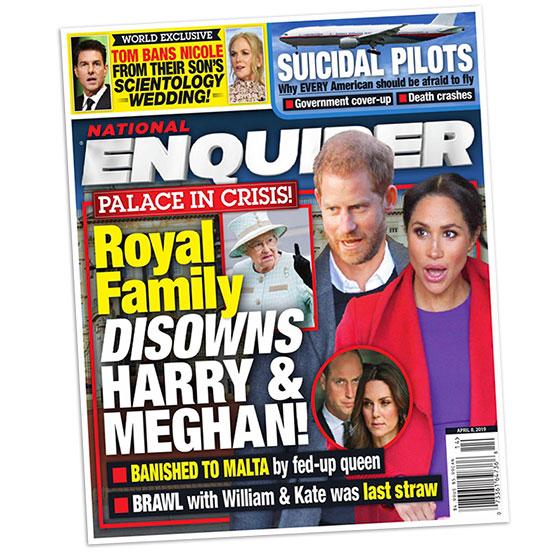 The Washington Post reported yesterday that America Media Inc. was looking to unload its beleaguered tabloid, the National Enquirer.

The company is said to be in talks with California billionaire investor Ron Burkle, reports The New York Times, though a spokesperson for Burkle’s Yucaipa Companies investment firm, stated: “We are not interested in, looking at and have not approached AMI about buying the National Enquirer.”

The spokesperson also told The Wrap the company had not been contacted by a reporter for The Times prior to publication. According to The Times’ report, two people with direct knowledge of the negotiations claim AMI is in talks with Burkle, a Democratic donor tied to former President Bill Clinton.

American Media Inc. made the decision to sell the National Enquirer after the manager of the hedge fund controlling the company became “disgusted” with the reporting tactics practiced by the outlet. It employs “catch and kill” techniques to keep inflammatory stories out of the news, among other practices, reports WaPo.

Trump and David Pecker, chairman of American Media, are longtime allies and friends, and “catch and kill” was used notably in recent years to protect Donald Trump from stories about his affairs reaching the mainstream media.

Since then, the company has been in the news over a feud with Jeff Bezos, who claims he was threatened by American Media, which resorted to extortion and blackmail over a set of photos. Bezos questioned in a blog post whether the tabloid’s motivations were political, due to his fraught relationship with Trump.

Pecker stated that American Media has shifted emphasis away from publications like the National Enquirer and its other tabloids, such as Star, and renewed focus on magazines like Us Weekly and Men’s Journal.

He stated: “Because of this focus, we feel the future opportunities with the tabloids can be best exploited by a different ownership.”