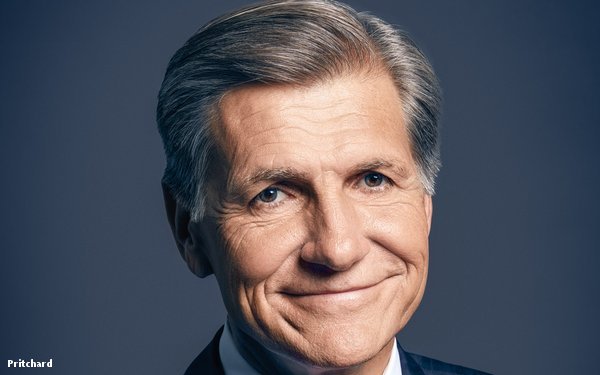 He also said Procter & Gamble, which spends $10 billion in advertising every year, “will support common-sense national legislation,” and that its preferred providers will be those who adopt “responsible privacy practices that reinforce consumer trust.”

In an Orlando speech to the Association of National Advertisers, where he is now serving as chairman, Pritchard said: “Digital media continues to grow exponentially, and with it, a dark side persists, and in some cases, has gotten worse.

"Ad waste and fraud continue, consumer application of ad blockers is still increasing and privacy and consumer data breaches proliferate," he added, despite patchwork efforts to repair the advertising infrastructure. "As the next half of the world’s population gets connected,” Pritchard said, “it’s likely the problems will keep growing.”

Pritchard called for “a new media supply chain that levels the playing field and operates in a way that is clean, efficient, accountable, and properly moderated -- for everyone involved.”

The advertising woes spawned by the digital age have been kicked around for years by advertising, tech and media groups. But it’s only recently that the broader consumer public has began taking issue with privacy and data issues they never knew, or previously cared, about, and some say they may become important issues in presidential campaigns.

Pritchard’s call to action is only the most recent in a series of declarations indicating the media industry is now fully engaged in the subject. Earlier this week the organization Privacy for America launched, made up of several industry groups (including the ANA) that will try to propose and shape new federal privacy laws.

Pritchard recommended five goals he said P&G follows to gain a better advertising environment, suggesting the 650 executives in the audience follow them as well.

The goals are to:

-- Elevate quality by partnering with companies and buying media from places where the content quality is known, controlled, and consistent with a company’s values, and "where there is third-party measurement, auditing and accountability.”

-- Promote civilityin the new media supply chain by working with companies that demonstrate they are using their voices on their platforms in a civil and responsible way. “Marketers need partners who handle editorial comments in a way that creates a balanced and constructive discourse.”

-- Level the playing field, by delivering transparency through measurement across all media platforms.

--Take control by making better use of consumer data marketers already collect on their platforms, as he said P&G is doing. He said the company is reinventing and reevaluating its agency models.

On that last point, Pritchard said: “For too long, we’ve been wowed by shiny objects, overwhelmed by Big Data and intimidated by algorithms. We outsourced too much work, taking the head fake that media was so technical and advanced we couldn’t possibly handle it ourselves. No more.”