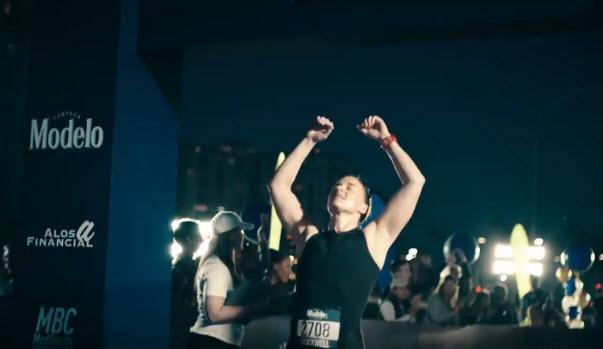 A new campaign for Modelo moves the beer’s longstanding “The Fighting Spirit” brand theme in a new direction: support for U.S. military veterans.

The campaign’s 30-second TV/video ad (below) features and capsulizes the inspiring story of U.S. Army veteran Melissa Stockwell, who, after losing a leg in Iraq, went on to be a two-time Paralympian.

The message: By “pushing herself to be her best, she took her fight to the world stage, inspiring others to be their best” and fighting “not only for herself, but for her fellow soldiers who had endured even more.”

The launch of the campaign, from Ogilvy, will be followed next month by the announcement of a new Modelo partnership with Leave No Veteran Behind. The nonprofit helps veterans with employment training, transitional jobs and educational debt relief programs.

Messaging supporting the initiative will be featured on the beer’s secondary packaging and in-store POS signage.

For the brand — which positions itself as the beer “enjoyed by millions of hard-working men and women” — this is the latest partnership under the cause-related umbrella of the Modelo Fighting Chance Project, “dedicated to to providing the support people need to achieve their full potential.”

Modelo kicked off the project last November with a partnership with the International Rescue Committee, which helps refugees, immigrants and Americans in need by providing them with financial tools and training.