Sanders would pick up 12 percentage points, soaring to 39% of registered Democratic voters, according to findings of the poll conducted April 8-14. 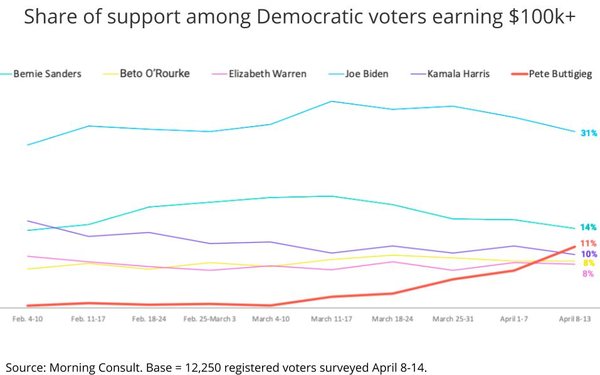