BB&T and SunTrust Team With Interbrand For Post-Merger Rebrand 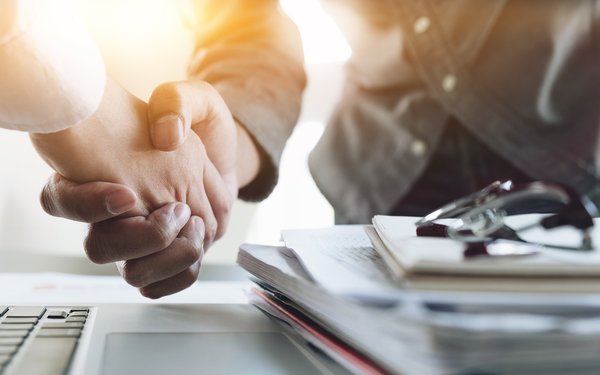 BB&T and SunTrust have appointed Omnicom’s Interbrand as the agency to lead the firm’s brand overhaul following February's merger announcement between the two financial companies to form the sixth-largest bank in the U.S.

We sought a "best-in-class" agency with experience in M&A and brand transformations, as well as its deep financial services experience and creative strategy rooted in data and analytics, says Kim Moore-Wright, executive vice president-director of digital sales, BB&T.

Interbrand's scope of work includes research, positioning and naming as part of the process to create the new company’s name and brand identity.

Although this new identity won't be revealed until this summer, Moore-Wright and Susan Somersille Johnson, CMO, SunTrust are excited to approach this "merger of equals" with a new name and brand to embody the transformational nature of the new company.

“We are carefully balancing what works for both of our companies and what can be changed entirely,” says Somersille Johnson. "This combined brand will represent the best of both."

"Naming is a complex process," explains Daniel Binns, CEO Interbrand New York. "A lot of research, testing, legal and cultural screening goes into finding the right name you can own, and that’s something that we truly understand."

His agency's approach is "tapping" into both BB&T and SunTrust consumers and employees to "validate" the new company’s brand narrative and the fit of the new name against the "overall business strategy.”

How the rebranding rolls out remains to be determined.

Binns points to the brands' combined 275 years of history. Now "they are asking themselves what they will represent and stand for in the years to come," he says. "Building on your heritage and still asking what’s next is both the greatest challenge and most exciting opportunity of a moment like this."

StrawberryFrog will remain SunTrust's marketing AOR. BB&T's AOR is The Tombras Group. "We have no plans to change our current relationships," states Somersille Johnson.

There are positive signs the two sides with integrate nicely, she adds. The first project was a contest to select employee identification: BB&T calls them associates, while SunTrust refers to them as teammates.

The NCAA Final Four-like bracket competition engaged all 60,000 employees where they recently narrowed down 16 options down to four preferred terms. Each company side selected the same four choices, she says.