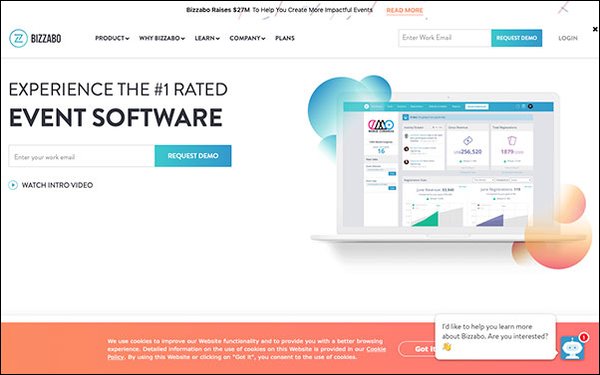 Earlier this year, event management platform Bizzabo reported publishers’ use of its software has increased from 39 publishers in 2016 to 328 today. This week, the company reveals it has raised $27 million in a Series D funding round. Bizzabo counts as clients Forbes, Dow Jones, Vice and The Drum.

Following this round, Bizzabo’s total funding comes to $56 million. With this latest injection of monies, the company plans to expand its platform and grow its R&D and go-to-market teams in New York and Tel Aviv.

Over the last year, Bizzabo has seen its revenue double, in addition to an uptick in publishing clients.

The Bizzabo platform makes it easier for clients to create, manage and execute all aspects of the event life-cycle while maximizing ROI.

“Traditionally, the $500 billion event-management space has been focused on the operational and transactional elements of events,” stated Eran Ben-Shushan, CEO-cofounder of Bizzabo. “These tools haven’t focused on capturing and using rich data that tells an amazing, actionable and broader story per attendee and company.”

The round of investment was also led by new investor Next47, in addition to investors from earlier rounds. Pilot Growth, which led Bizzabo’s previous round of funding, also took part.

In addition to leading investment, Viola Growth Partners Carmeli and Eran Westman and Next47 Partner Matthew Cowan have been appointed to Bizzabo’s board of directors.
data, data management, events, funding, publishing
Next story loading