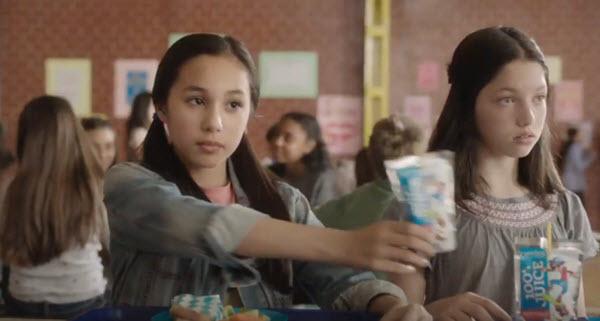 Kraft Heinz’s Capri Sun is extending its anti-bullying message into a new campaign, “Hold My Pouch.”

The first of a series of ads (below) shows two girls and their schoolmates coming to a new boy’s rescue in the cafeteria, by pushing tables together to create an anti-exclusionary “together table.”

The ad begins airing on traditional television, OTT and social this week.

This first spot is an extension of a cause-related promotion implemented last October, in which Capri Sun and the No Bully nonprofit created a “together table” and staged a table-signing event on the National Mall in Washington, D.C.

The other ads in the new campaign, from Leo Burnett, will also encourage independence by highlighting situations in which kids can tackle their own challenges, reports a brand representative.