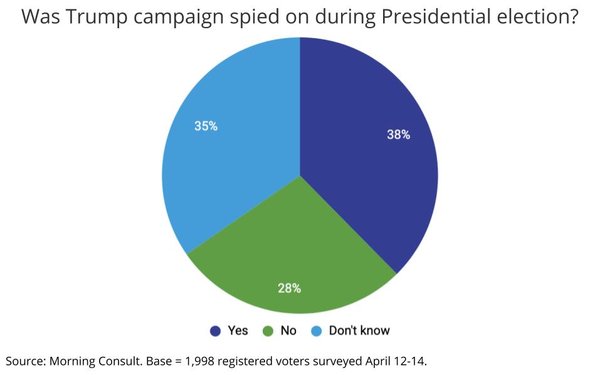 America has attained peak gaslight. It happened when the President of the United States tweeted a report by Breitbart that a poll found "the media failed to gaslight public about Trump campaign spying."

The report was based on a poll conducted April 12-14 by Morning Consult asking a battery of questions, including whether Americans had seen, heard or read that Attorney General William Barr suggested the Trump campaign was spied on.

The poll did not ask about respondents' views on media coverage, but it found that 58% of Americans know something or "a lot" about Barr's claim. Some 41% said they knew little or nothing about it.

Asked specifically if they believed Barr's spying claim, 38% said yes, while 63% said no or that they didn't know/had no opinion. Not surprisingly, those responses mirror political partisanship. You can read explicit tabs on page 267 here.

During the next dozen or so hours, leading up to this morning's press conference by Barr to brief the media on the Mueller Report findings, the President then tweeted a half dozen reports from Judicial Watch, a conservative organization, and a tune-in promo to watch Barr's press conference on Fox News and/or One America News.

“The only possible reason I can think is that it’s a messaging campaign tactic, it’s not actually on the up and up,” MSNBC legal analyst Neal Katyal said on the network minutes before Barr’s press conference began.

“The President and Bill Barr have successfully neutered the impact of the Mueller Report, politically,” added MSNBC’s Chuck Todd, concluding, “and that’s the bottom line.” 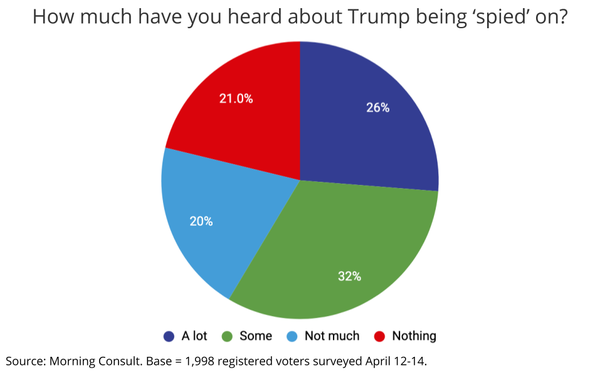 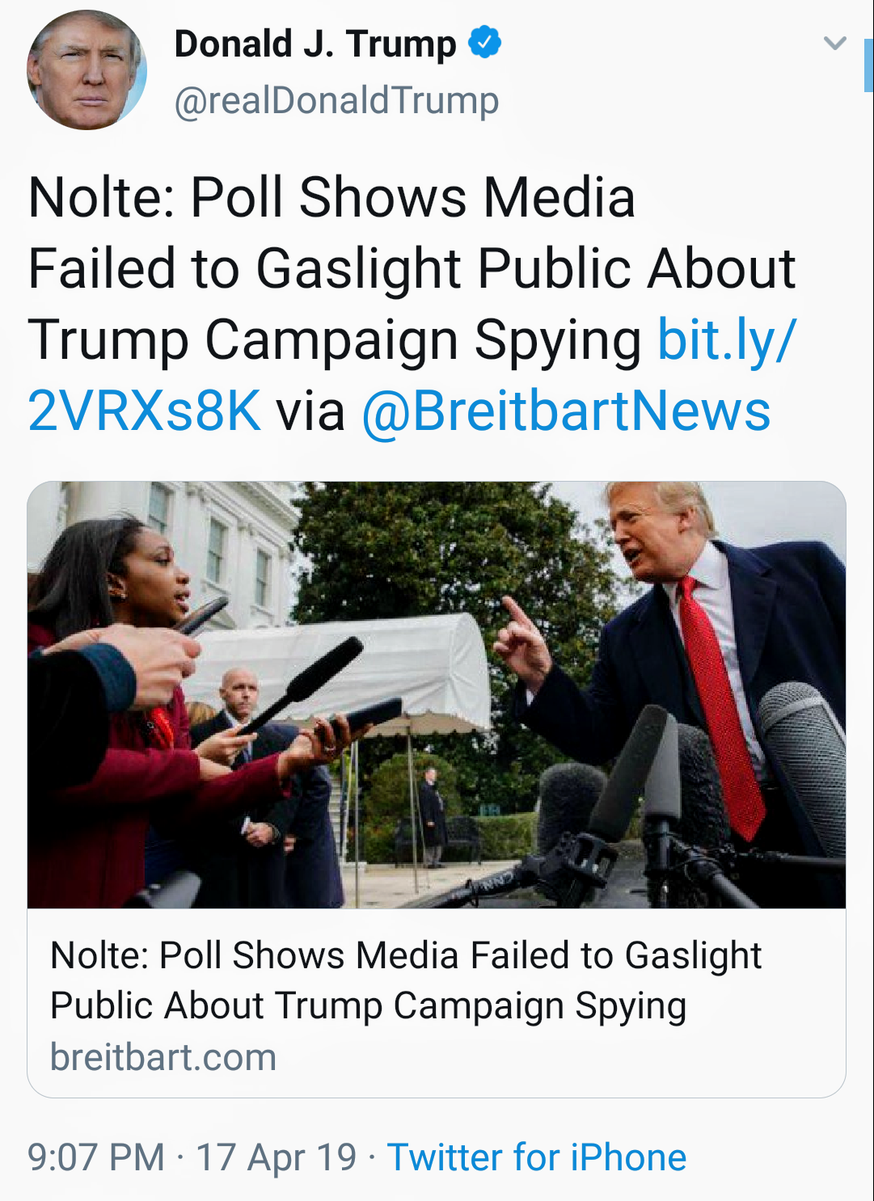