I cold-called the billboard industry to pitch Earth Day.

The response proves an old adage in sales — you never know till you ask — and also illustrates the diverse support for Earth Day (April 22) as we approach its 50th anniversary in 2020. 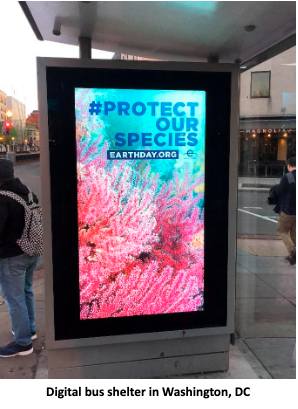 In 1970, I was the principal organizer of the first Earth Day. For the last 50 years, I have sought to increase environmental visibility in newspapers, magazines, television, radio, movies, and social media. 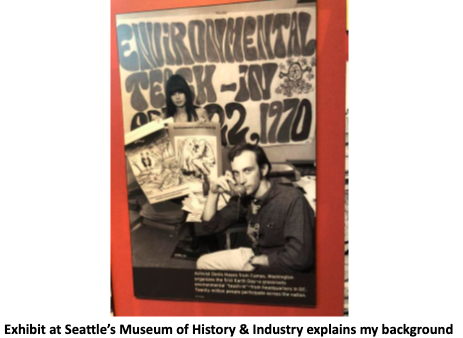 Earth Day now is observed each year by more than 1 billion people in 192 nations. A healthy, sustainable planet appeals across cultures, politics, and national boundaries.

The trick is moving people to action.

Always alert to the ways that people receive information, I noticed when the compelling images of  Joel Sartore’s “Photo Ark” began appearing in 2017. His photographs of animals on the edge of extinction were especially riveting when they looked down at me from large-format billboards. 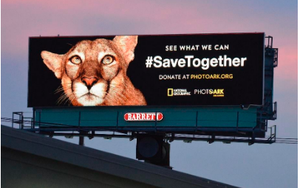 (A year earlier, when President Obama designated Stonewall Inn in New York City as a national monument, the announcement commanded attention from the (donated) NASDAQ sign in Times Square.) 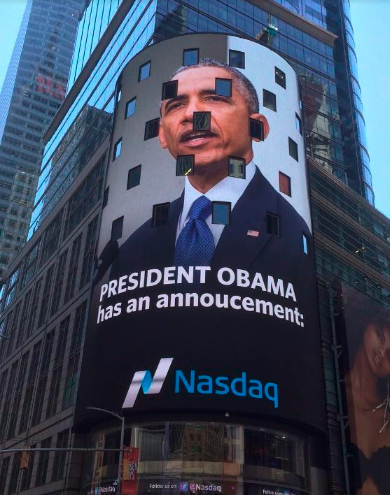 When thinking about new vehicles to build support for Earth Day 2020, I found myself asking: “Why not billboards?”

I decided to approach the industry’s trade association, the Out of Home Advertising Association of America (OAAA).

In our first meeting, I learned the billboard industry’s top lobbyist (Ken Klein) spoke at his high-school assembly on the original Earth Day in 1970, in Portsmouth, OH.

As we got to know each other, OAAA’s Klein shared a bit of his family dynamics. He loves to smoke meat in his back yard in Maryland. While he was smoking spareribs one day, his son, Eric, suggested he read “Pig Tales: An Omnivore's Quest for Sustainable Meat,” about (unappetizing) industrial pork production.

I told Klein beef was an even bigger environmental problem than factory-raised pork. I gave him a copy of the book I coauthored with my wife: “COWED: The Hidden Impact of 93 Million Cows on America's Health, Economy, Politics, Culture, and Environment.”

My book’s title, Klein said, was too verbose to fit on a billboard. Literary criticism aside, the next time we met, I learned he’d moderated his beef consumption. That’s how change often happens, one person at a time.

As I write, news of the day is unrelenting, sometimes wearying:

Meanwhile, essentially every recent climate study is scarier than the one that preceded it.

More than ever, Earth Day requires a big platform, commanding our attention in a mobile, busy world. As the ice melts today, polar bears and other threatened species are prominent on high-contrast, hard-to-miss, large-format signs, with a call-to-action.

This year was a toe in the water. Next year, the 50th anniversary of Earth Day, I hope even more billboards will be carrying environmental messages.