Steve Clemons Heads To 'The Hill' As Editor-At-Large, Expands Events 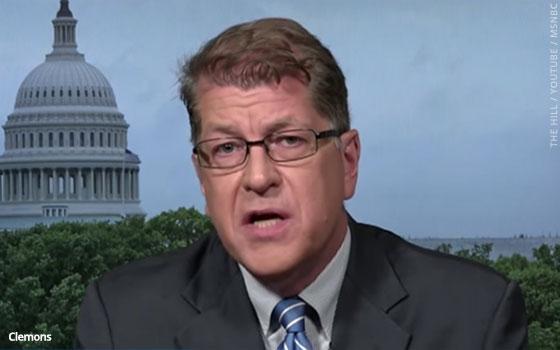 The Hill has hired Steve Clemons to help expand the politics and policy publication’s editorial platforms. His focus is taking its events to the national level. His title is editor-at-large.

Clemons stated he is “excited” to work on “building out new 3D journalism and thought leadership platforms that extend the considerable reach The Hill has achieved."

According to Politico, which first reported the news, Clemons will write a biweekly column for The Hill.

Clemons was most recently Washington editor-at-large at The Atlantic and editor-in-chief of the magazine's live events series, AtlanticLIVE.

Clemons told The Washington Post that he moderated more than 1,000 events in the eight years he spent at The Atlantic.

Last month, Clemons had left The Atlantic to start a new position at Axios, but ended up not taking the post.

He stated to The Washington Post at the time: “When I was at The Atlantic, some of my high expectations as a leader unintentionally were overly demanding of our staff, and I have recently become aware of this. I want a chance to slow down and catch up with myself.”

The Hill claims to be one of the largest independent political websites in the U.S., reaching 13% of all U.S. internet users with 33.4 million uniques.

Richard Beckman, president of The Hill, said video streams on the site have increased from 19.7 million last January to 106.3 million in January 2019.