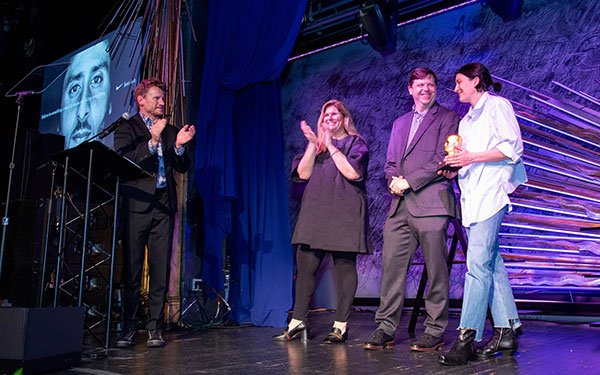 Nike’s “Dream Crazy” by Wieden+Kennedy Portland and Park Pictures, John Lewis & Partners’ “The Boy and the Piano” by adam&eveDDB), and Libresse’s “Viva La Vulva” by AMV BBDO are the top-ranking pieces of creative work that jurors during this year's ANDY Awards predict will sweep the upcoming 2019 awards season.

It's no surprise the high profile Kaepernick/Nike work is attracting attention, garnering the ANDY's highest-ranking piece of creative, landing both the Bravery and Best in Show GRANDY awards.

"Wieden and Kennedy continue to do smart fun work," says Law. "Apple and TBWA Media Arts Lab are reasserting themselves as a force. Having said that, I’d say that excellence is more distributed now than ever before. Quality is coming from many agencies in many countries."

With brands increasingly shifting towards social advocacy, there was a lot of work that bridged brand and cause, says Law, adding "more and more companies" see being a "responsible member of the community good for their brand and business." He points out in some cases, like Nike’s GRANDY winner, taking a position on an issue "risks pissing people off," but "it’s worth it," he believes.

There were too few entries of "ongoing platforms rather than one off stunts," says Law. "Also, I keep waiting for new story telling grammars to emerge from VR, AR or modular content."

Since the ANDYs have a slightly accelerated eligibility timeline, they receive entries for work that is often hitting the award show circuit for the first time and therefore are known to have a predictor status.

Law who also served as a judge at last year's Cannes, acknowledges that while the ANDY's may foreshadow looming award winners, each show's jury panel typically approaches work differently.

"When you lead a Cannes jury you go deep, and keep asking “is this work leveraging the characteristics of the category?” he says. "For the ANDY’s you often rely on other members of the jury to help with the context of the work, and then ask “is this a great idea?”

Here’s a list of the work predicted to dominate this year’s award’s season:

More on this year’s ANDY Awards can be accessed here.