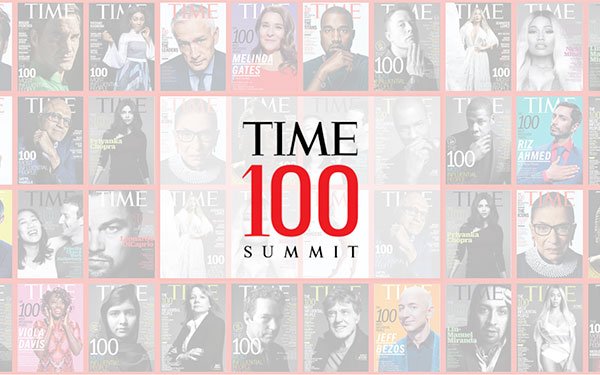 At the first Time 100 summit, Yo-Yo Ma played the cello, Jane Goodall got a standing ovation and Hillary Clinton discussed women in politics.

The Time 100 summit is an expansion of Time magazine’s annual franchise, now in its 16th year, which lists the 100 most influential people in the world. The summit preceded the annual gala on the same day, April 23.

With all the influential people in the room, there were a few interesting moments. "CBS This Morning" host Gayle King and Kushner waved at each other with a smile from across the stage. Goodall kissed a stuffed gorilla she brought on stage as she left the room.

The interviews throughout the day made headlines, too. Cook called for tech regulation.

Pelosi discouraged impeachment as “one of the most divisive paths we could go down in our country," while Kushner said Russian collusion accusations are "nonsense.”

Daniels criticized some black creators’ work in TV and film (“A lot of it is not good”), and Banks said she makes it a priority to hire women of color.

The event was filled to capacity, with over 450 attendees.

The summit was an impressive feat for the Time brand, sold by Meredith Corp. to Salesforce owner Marc Benioff and his wife Lynn last September.

Edward Felsenthal, editor-in-chief-CEO of Time, told Publishers Daily a few weeks ago the summit represents a greater focus on the company's events business as a revenue stream.

“We see expanding [the Time 100 franchise] as one of the biggest opportunities for our new company," he said. "You can expect to see more events and extensions of existing franchises, along with exciting new ones, from us going forward.”