SIMID is designed to be a replacement for the Video Player Ad Interface Definition (VPAID), providing improvements in transparency, as well as enhanced interactive capabilities.

VPAID was first introduced in 2009 to help support the burgeoning interactive video advertising business. However, it subsequently outgrew its original purpose.

“Companies adapted it for verification and other use cases, attempting to have VPAID work outside of the scope of its intended purpose and design,” per a release from the IAB Tech Lab. ‘This gave rise to significant problems with trust, transparency and creative freedom — all of which SIMID will resolve.”

SMID includes SSAI, and will be applicable to all platforms, including mobile and over-the-top video. It is designed to work in concert with the IAB’s Open Measurement Interface Definition (OMID) and Video Ad Serving Template (VAST) specs, in an effort to improve trust and transparency.

Public comments on SMID will run through May 24. Then a working group will review comments and make necessary revisions for a final release. 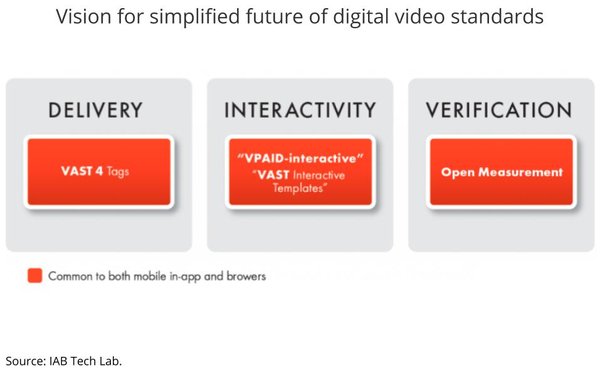