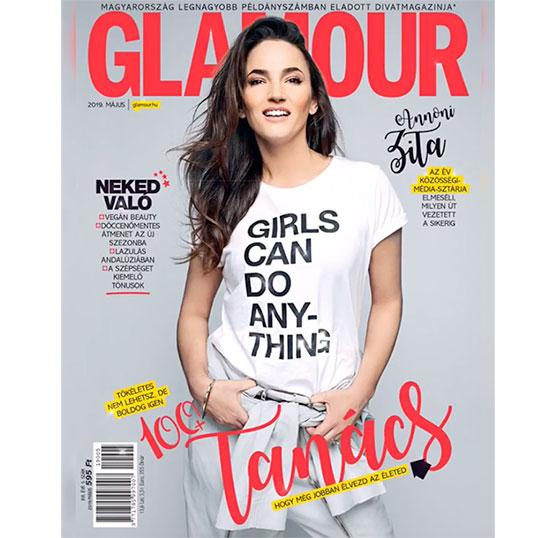 EIC Krisztina Maroy apologized for an Instagram post from a freelance beauty editor who said the magazine only accepts white models in its pages.

Wolfgang Blau, president of Conde Nast Insternational, also apologized for the charge, which he described as “wrong, offensive and indefensible.”

The controversy started when a photographer named Brenda Nasr pitched a fashion editorial she shot with a single black model to run in Glamour Hungary, WWD reported. She received a response on Instagram from an unnamed editor who wrote: “Unfortunately our market is a bit different so we only allowed to have editorial with caucasian models…”

Nasr subsequently contacted Conde Nast in the United States, which put her in touch with a representative of the international division — and that led Maroy to issue an apology.

She explained the freelance beauty editor, whose first language isn’t English, used wording that was “ambiguous “ and “rather awkward.”

“[The editor] simply meant that our beauty pages work on mirroring the reader, and in a magazine like Glamour and in a country like Hungary, they are practical, not inspirational,” Maróy wrote.

Maroy may also want to take some refresher classes on English and cultural sensitivity, because her apology also sounds ambiguous and rather awkward. Hungarians aren't inspired by images of non-Caucasians?

Blau was more direct in condemning the freelance beauty editor’s choice of words.

“We have come to the decision that the freelancer in question will no longer work for Glamour Hungary or any other Conde Nast title,” Blau went on. “All of our fashion and beauty editorial teams around the world not only embrace diversity, but are actively promoting and celebrating inclusion in all its forms.”

He also said Glamour Hungary, which CNI publishes through a deal with regional media company Ringier Axel Springer, will review its diversity policy.