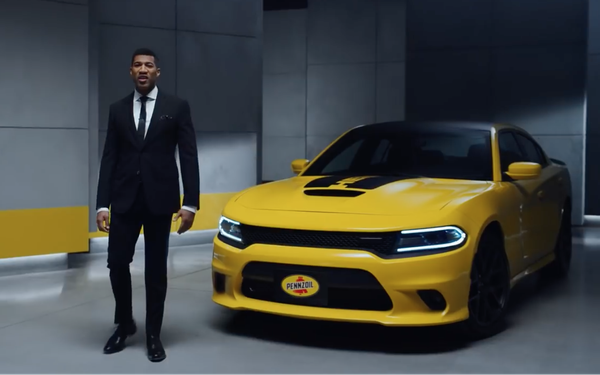 Every motor oil company makes claims, including Pennzoil. But according to Pennzoil, the proof is in the bottle — its motor oil is made from natural gas.

The brand is launching a campaign to educate consumers about the “revolutionary technology that goes into Pennzoil Synthetics.”

"The goal of our latest campaign, ‘The Proof is in the Pennzoil,' is to simplify the brand message into digestible facts for motorists about what makes Pennzoil stand apart from competition,” Baughn tells Marketing Daily. “With this campaign, we are leading with our innovation and clear differentiator. Pennzoil Synthetic motor oil is the first motor oil made from natural gas, not crude.”

The effort will run nationally in the United States and Canada across TV, digital, social and radio.

The 30-second TV spot depicts the five important facts that make Pennzoil Synthetics the most technologically advanced motor oil on the market, including offering engine protection.

The company states that motor oil formulated from pure natural gas helps lead to better performance, as evidenced in Pennzoil-sponsored Don Schumacher race cars. The spot ends with a shot of a race car.

MH VCCP, which became Pennzoil’s creative AOR Sept. 1, created the campaign, its first for the brand.

The TV spot references the synthetic portfolio of Pennzoil motor oils, all of which are made from natural gas. The brand previously took a similar approach with the "My Car" campaign last July, featuring three of the brand’s motorsports ambassadors.