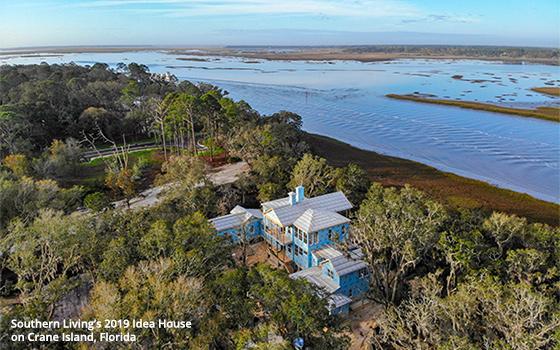 Southern Living’s latest Idea House will be on display on Amelia Island, Florida, this year, the company reports.

Public tours of the property begin June 8 and end December 8.

The home’s architecture, reported to be a mix of Lowcountry style with Southern design, is overseen by Jim Strickland and Clay Rokicki of Historical Concepts.

According to Southern Living’s website, the house is perched on the banks of the Intracoastal Waterway, with an interior color palette reflecting the natural colors surrounding it.

Hillegas told Southern Living: "We're including an aggressive goal of around 93 ideas for readers in the Idea House. These are simple tricks with great decorating rewards, classic room themes, and architectural details."