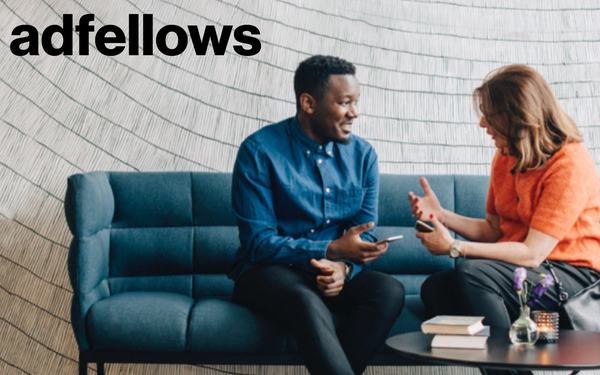 Ad Fellows, an industry partnership spearheaded by Verizon in 2017 to channel diverse workers into the marketing business, graduated its second class of interns on Thursday.

The program has grown from 19 fellows last year to 29 this year. At the same time, Verizon’s partners have expanded from six to 12: McGarryBowen, Moxie, R/GA and The Community (Miami), McCann Worldwide, Momentum, MRY, Rauxa, Weber Shandwick, IAS Integral Science, Accenture and  ZenithOptimedia.

In the program, the fellows cycle through four different companies over an eight-month period, trying out various roles in public relations.  creative, media and client-side brand marketing.

Verizon calls it a one-of-kind effort that is the brainchild of Diego Scotti, its CMO, who, two years ago, first challenged the agencies Verizon works with to put together a plan to improve diversity in their shops.

Then, Scotti launched the company’s own program and went looking for partners — and young people with diverse backgrounds and an interest in marketing.

The companies pool funds to pay and find housing for the fellows during the program, but they fly on their own afterward:  90% of the first class ended up in full-time positions.

Verizon says changes are also happening within its ad and marketing vendors. The employment process at its agency partners now includes “unconscious bias training” for recruiters and a monthly scorecard to  track the progress of minority recruitment goals.

That’s virtually the same as Verizon’s outside agencies, where 45% of the employees specifically hired to work on the Verizon account  last year were people of color, and 53%  were female.

The trick now, as it is for many companies recruiting diverse staffs, is to get them to stay. Scotti says he wants to evolve Ad Fellows to focus on retaining those new kinds of hires. Verizon is working with the Center for Talent Innovation, and the two will jointly report this summer on steps to keep diverse employees in place while also adding more.