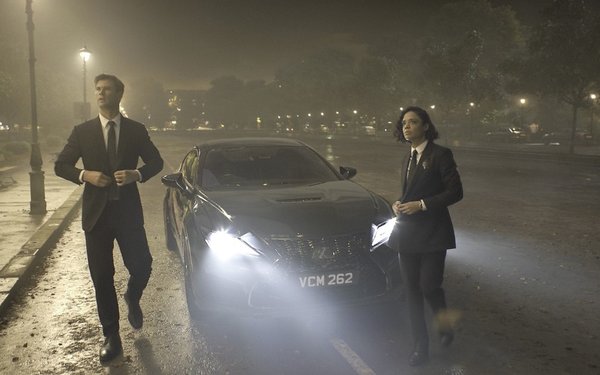 Lexus is teaming with Sony Pictures for the latest installment of “Men in Black.”

Lexus is the official vehicle of “Men in Black” Agents globally in “Men in Black: International,” starring Chris Hemsworth and Tessa Thompson. The film debuts in U.S. theaters June 14.  The second trailer for the film was released today.

The collaboration includes integration in the film, a co-branded TV spot, a custom “Men in Black” RC F and sponsorship of the film premiere.

Sony is creating the co-branded spot with Lexus AOR Team One supplementing. It will be released in May.

“It's a perfect fit for the RC F, which recently underwent an update to make it an even more capable alien-fighting machine,” Materazzo tells Marketing Daily.

The Lexus RC F offers the best power-to-weight ratio in its class and the most powerful Lexus V8 to date, generating 472-horsepower -- plus in the film it boasts special “alien tech.” The Lexus RX Hybrid and Lexus LX SUVs are also featured in film scenes with alien encounters.

There will be marketing activations related to the film that have yet to be announced, Materazzo adds.  “We have a few surprises up our sleeves -- stay tuned.”

A “Black Panther 2” is rumored to be in the works, but Materazzo declined to comment or confirm if Lexus has an ongoing deal with Marvel.