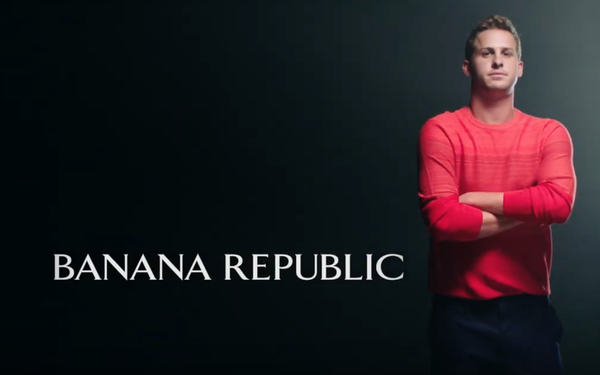 Banana Republic has enlisted LA Rams quarterback Jared Goff as an ambassador for the brand.

The collection and campaign at  bananarepublic.com/jaredgoff were timed to drop at the same time as last week’s NFL Draft.

The campaign was developed in-house by Banana Republic Creative Director Len Peltier and is running on broadcast and digital media. Shot in California and Hawaii, the creative juxtaposes the dynamic natural performance of Goff against dramatic flaming lava effects.

Goff is a “fierce competitor” known for cool confidence both on and off the field, says Banana Republic CMO Mary Alderete. He has become a fan of the brand over the past year, so an official partnership was a natural next step, she says.

The stadium tunnel is the new runway -- athletes are performance icons and the paparazzi are photographing them entering stadiums for their games just as models are shot on the runway, she says.

“But at BR, it’s not just ‘athlete as model,’”  Alderete says. “We engage our elite athletes in a way that they contribute to the design and creative direction of our programs."

Banana Republic also has a product collaboration with Kevin Love, an NBA player for the Cleveland Cavaliers. He was the brand's inaugural style ambassador and his 2016 signing marked the first time the brand teamed up with a pro basketball player.