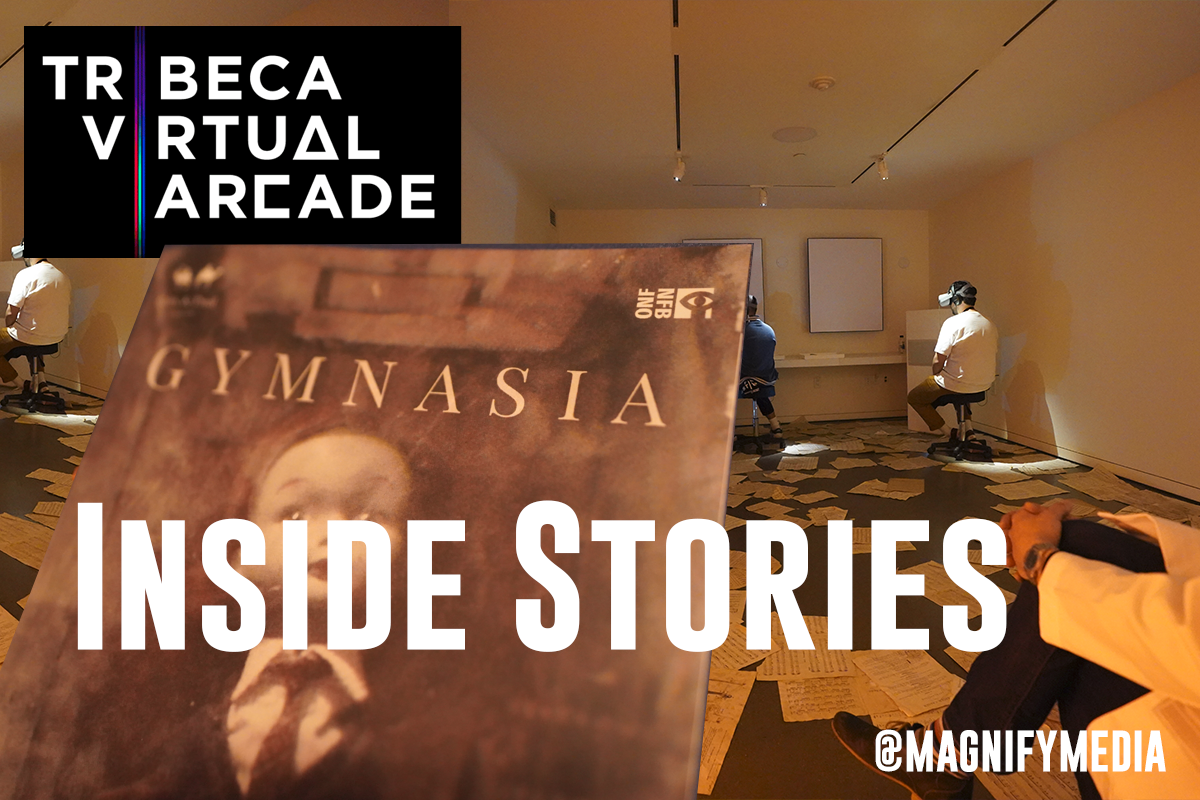 It’s been eight years since the Tribeca Film Institute launched the Virtual Arcade, an early curation of what was then the best in virtual reality storytelling.

So I went this year with the hope that I’d be able to see both the best in VR, and peek around the corner at what’s ahead. There was lots to learn, and some starling discoveries as well.

I decided to do a sampling rather than try and do every experience. The volume of options is pretty intense, and each VR story needs to have space to settle in after you experience it. At least for me, the immersion and intensity is exciting and a bit of an emotional roller coaster.

First up, I started with an experience that was going to be frothy entertainment: the premiere of the “Doctor Who: The Runaway” VR film from the BBC and Passion Animation Studios.

It’s an immersive animation experience, a story with you as a character inside the TARDIS (a British phone booth that travels through time) and an energy ball character named Volta that needs to be chilled out, or it will create a black hole that eats the universe. I’ll skip the details that only fans would understand.

For me, it was bit of fun -- but more like an interactive TV show than a groundbreaking VR experience. Serious “Dr. Who” fans may disagree, but as a first stop, it was  a bit underwhelming.

Next stop, a time travel experience of a very different sort: The U.S. premiere of “CAVE,” a shared virtual-reality experience that transports audiences back thousands of years.

Unlike conventional 360-degree VR, in the CAVE viewers see both the story and each other. So, looking around, I was able to see my fellow cave dwellers. That was pretty cool. You can imagine how this tech could change VR for concerts, live theater, or any other group event.

In 10,000 BC, stories were told around a campfire, and the history of our ancestors were written on the walls of caves. So, the CAVE is both a metaphor and an experience.

“The implications for the future of cinematic experiences are profound,” explains Perlin, director of the Future Reality Lab and a professor of computer science at NYU’s Courant Institute of Mathematical Sciences. “Rather than merely seeing a story projected onto a screen, large audiences are able to enjoy a deep level of social immersion far beyond what was previously possible.”

I liked the CAVE, the flickering fire, and the idea of being there with other real (not virtual) people. A glimpse into the future for sure.

Finally, a room full of medical personal in white lab coats ushered me into the "Gymnasia." I stetted into an abandoned school where it was  immediately kind of scary. Ghostly ephemera of a lost childhood hang in the air, and basketballs begin to bounce  on their own on the gym floor.

"Gymnasia"  is a weird dark dream -- and a journey into a fictional, but almost real, place that continues to get more haunting as it moves forward. It is truly a new kind of immersive entertainment

“For us, creating VR has always been as much about the neuroscience of this fresh medium as it is about art theory. Indeed, in no other art form are aesthetics and science so aligned,” said Chris Lavis, co-director of Gymnasia.

Other key collaborators on "Gymnasia" were The National Film Board of Canada and Felix & Paul Studios.

So, three experiences, each of them cool and interesting.

The Virtual Arcade has a lineup of 22 experiences and exhibits from new and established artists, and Tribeca Cinema360 has 12 curated screenings in a custom VR theater.

Two things worth pointing out. The problem that VR has now is about how to coordinate audiences. Much like running a restaurant with one table, there is a fractured cueing system beginning to be formalized. Some exhibits had waiting lists. Some were open, and some took your phone number so they could text you when a spot opened up. It’s time for a centralized sign-up system so you can experience more, and wait in line less.

The other thing I missed was more haptic experiences. Like “The Void,” which  I experienced at TED 2018, which calls itself VR you can feel — or Holodome360 (https://holodome360.com), which was presented at TED this year, there are VR experiences that go beyond the headset that I think could be part of the Tribeca VR exhibit.

But overall, in its eight season, Tribeca Immersive continues to grow and improve Here’s a quick tour of this years event.