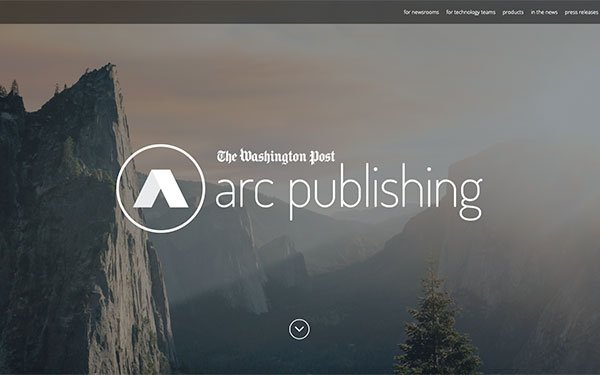 The Washington Post’s digital publishing platform, Arc Publishing, is creating another source of revenue for the media company outside of its newspaper operations. The software-as-a-service platform may grow into a $100 million business that would bolster the company’s bottom line.

Shailesh Prakash, head of product and information technology at the company, said Arc has expanded its clientele beyond WaPo to include almost every major advertising market in the United States. Its technology powers the Chicago Tribune, Los Angeles Times, New York Daily News, The Boston Globe, The Dallas Morning News and The Philadelphia Inquirer.

He said it’s important to keep an open mind about Silicon Valley’s giants, like Facebook, Google and Apple, and not to view them as the enemy.

“There is a great deal of chatter in the media industry about how these platforms are the enemy of publishers, but we do not agree with that notion,” he said. Prakash discussed Arc in a podcast with Peter High, president of Metis Strategy, that’s partly transcribed on Forbes.com this week.

Jeff Bezos, the founder-CEO of Amazon.com, bought The Washington Post in 2013 and is putting his technological imprint on the newspaper. He has a long history of nurturing budding technologies outside of Amazon’s core ecommerce platform.

Amazon Web Services, for example, grew from nothing into one of the biggest providers of cloud computing services in the world. The division is highly profitable, reporting operating income $2.2 billion on revenue of $7.7 billion in the first three months of the year.

Prakash says WaPo has teams of people that work with tech giants.

“Our creative people in the newsroom are in almost daily touch with the Apple News people, and they work closely with Snapchat and Facebook,” he said. “When we talk to Google News, we have a set of people from engineering, product and news who are willing, wanting, and extremely excited to work with the big tech players.”

Arc Publishing is more integral to WaPo's operations as a publisher, unlike other businesses that it used to own, such as Kaplan Higher Education. The education company was a major source of revenue for the newspaper, but its revenue suffered after the Obama administration cracked down on the for-profit education industry, The Huffington Post reported.