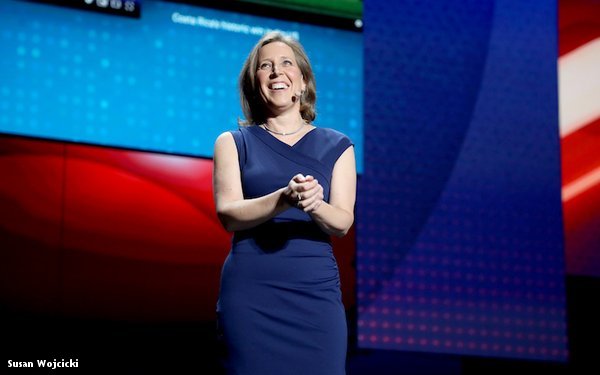 YouTube had a clear message to marketers during its newfront “Brandcast” event Thursday night: We have scale no other ad-supported digital platform can match.

And we are about to get even bigger.

Executives from the company dropped a slew of jaw-dropping numbers during the event, which was held at Radio City Music Hall in New York.

The company has 2 billion logged in users every month, who watch 250 million hours of content just on TV screens each day.

It was a power play by YouTube, emphasizing its scale, while highlighting the distinct niche genres that power its growth. Food, beauty, science and learning, and sports are among the fastest-growing and most influential genres.

The company’s tagline at the event summed up the message: “Prime Time is Personal.”

“YouTube’s personalized approach has enabled us to delve into topics that people truly care about. This is why users gravitate to our platform,” YouTube CEO Susan Wojcicki said. “Most people say the content they watched on YouTube is related to something  they are passionate about. According to our joint research with Omnicom, relating to a passion is three times more important than whether or not there’s a big Hollywood name attached.”

The company plans to further grow its ad business by making all  original programming free and ad-supported, a move that has been rumored for some time. The company announced a number of new shows, including projects with musicians Alicia Keys and Justin Bieber, as well as a new season of “Cobra Kai.”

There were a number of significant announcements for marketers: including a tweak to the Google Preferred score that will highlight content with higher production values and particularly popular on TV screens.

YouTube TV is breaking out its own lineup in Google Preferred, with audience grantees and show-level exclusions, allowing marketers to more precisely target both live and on-demand viewers on the streaming service. Nielsen Catalina Solutions will be available to measure lift on campaigns.

“Let me be very clear, living up to our responsibility is my No. 1 priority. We are making significant progress,” she said. “My leadership team and I — along with thousands of people at YouTube — are laser-focused on this.”