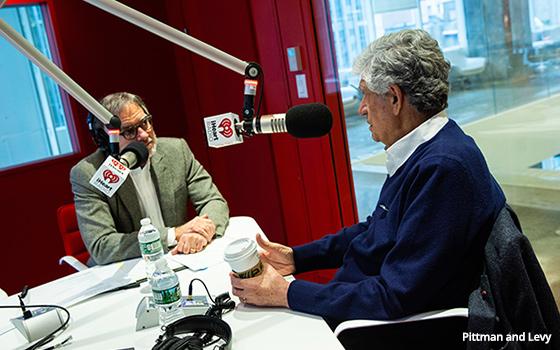 iHeartMedia chairman-CEO Bob Pittman is set to launch his first podcast, dubbed “Math & Magic: Stories from the Frontiers of Marketing,” on May 14.

The podcast will be featured on the iHeartPodcast Network, with Pittman interviewing luminaries from the marketing and business worlds each week. Pittman is joined by former Publicis Groupe CEO Maurice Levy for the first episode. He will talk about how he increased company value during his tenure.

The episode also features a conversation with talent entrepreneur, investor and entertainment executive Scooter Braun. Braun has boosted the careers of pop performers Ariana Grande and Justin Bieber and is one of Time's 100 Most Influential People in the World.

The podcast’s name comes from a theme running through the series, as guests share how math or magic led to their disruption of the marketing, creative and business worlds. Topics will cover why buying blank pages in The New York Times is a sound marketing strategy and how “Imported from Detroit” originated as a marketing campaign.

Separately, after a rocky launch last month, podcast technology and content company Luminary is releasing six new premium shows, including work from notable women. They include Lena Dunham’s “The C-Word,” “Hear to Slay” with Roxane Gay and Tressie McMillan Cottom, “Sincerely, X” from TED with Sarah Kay, and “Celeste & Her Best” with Celeste Barber.

Subscribers now have access to more than 40 exclusive podcasts.