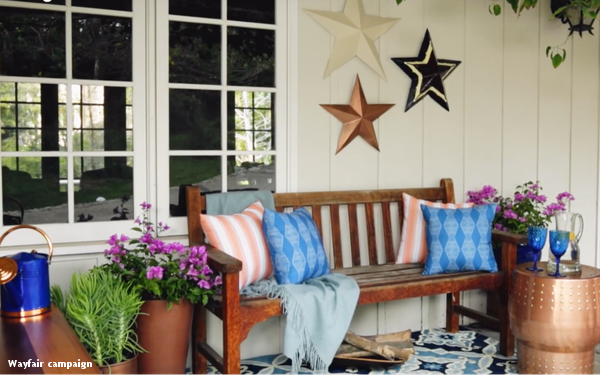 In a development that’s beginning to sound too familiar to some observers, Wayfair once again posted red-hot revenue growth, with first-quarter sales blowing past Wall Street expectations.

But its path to those gains, including a big increase in ad spending, hurt results. It posted a $102 million loss — worse than analysts projected — and burned through $167 million of cash.

The Boston-based home furnishings company says revenues climbed to $1.9 billion, up 39% from the same period a year ago. It says it increased the number of active customers to 16.4 million, also by 39%.

But the cost of adding those new shoppers is rising, causing some concern. With customer-acquisition costs up 19% overall, and rising about 8% in the U.S., Seth Basham, an analyst who follows the company for Wedbush Securities, calls them a “yellow flag” in his recent report on the company’s results. “At the same time, key revenue key performance indicators are slowing, and orders per customer are declining slightly,” he writes. He remains neutral on the stock.

Predictably, Wayfair sees it differently. "Our ongoing investments in building our logistics infrastructure, deepening our product offering and finding new ways to serve our customer are just a few of the many areas that are driving the momentum we are seeing today,” says Niraj Shah, Wayfair’s CEO, co-founder and co-chairman, in its announcement.

He says this year’s Way Day, its second annual promotional event, was a record-breaker and “the highest revenue-grossing day in company history.”

In an analysis of the Way Day results, eMarketer reports that Wayfair’s decision to shift the date of the event, moving it away from the Easter holiday, helped. The company also benefited from extending the sales period from 24 to 36 hours, stepping up advertising and video promotion, and expanding  offerings.

Citing data from Edison Trends, the company says Wayfair’s Way Day saw an 11% jump in sales, compared to last year’s event. The number of orders rose by 9% and spending per-order advanced 5%. And compared to the previous 28 days, that day’s sales climbed 325%.