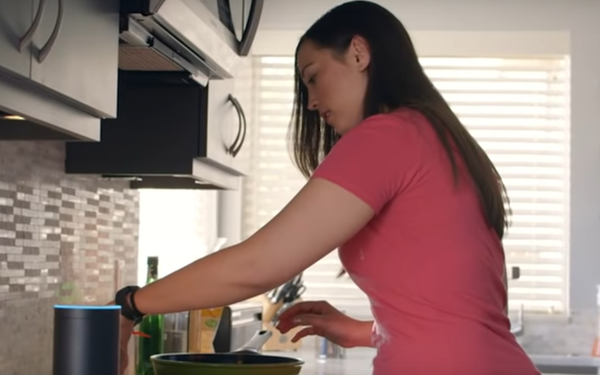 Some shoppers like to get information about consumer goods from Alexa and the Google Home voice assistant. But when they get down to buying, those shoppers tend to go elsewhere.

That’s one of the findings in a new report from market research firm Episerver based on a survey of 4,500 consumers in four countries.

The study finds 17% buy regularly from voice assistants, which is up from 11% a year ago. But 83% don’t — and Episerver says 43% of those it polled cite a lack of security features as the main reason they’re staying away.

Those statistics actually might look good, compared to another widely repeated story.  The Information reported last August that sources who saw Amazon data said only 2% of the 50 million Alexa owners used it to make a purchase, and 90% of them decided they wouldn’t do it again. Amazon strenuously denied the story.  Still, while Episerver’s numbers are less bleak, they’re still not stellar.

“The majority of online shoppers (55%) report that the presence of voice purchasing does not impact which brand or retailer they will buy from,” according to the new study. “When voice does influence perception, more shoppers see the technology as a purchase deterrent than driver.”

And in its overall appraisal, Episerver said, “Companies like Google and Amazon have popularized voice-activated devices as technologies designed for purchasing. However, purchase is rarely the best application of voice solutions for brands and retailers interested in delivering authentic experiences and cultivating long-term shopper loyalty.”

On the other hand, social media seems to be a much better channel for sales. Episerver reports 62% of online shoppers who use social media have clicked on an ad, and 31% made a direct purchase from the post.

"Where voice commerce currently lacks, social commerce excels," said Ed Kennedy, senior director of commerce at Episerver. "Our data indicates social media drives purchases and has massive sway over younger consumers. … Retailers looking to prioritize efforts for the remainder of the year need to look at what is currently working and who is helping drive awareness and ultimately purchases."

Clearly, website “marketplaces” like Amazon are where the action really is for many shoppers: 46% of consumers with a product in mind to buy start their online exploration in such marketplaces, and 39% start at Google. Of those who don’t have a specific purchase in mind, 12% go to social media and 11% got to a brand or retailer’s website.

But one remarkable statistic shows the dominance Amazon has among shoppers. Episerver says 87% of online shoppers “compare what they find on a brand or retailer’s site” to Amazon. Episerver’s report says “this is a behavior brands and retailers cannot expect to change.”

One in four shop online weekly, and 62% do it monthly. They’re using their smartphone to do that, too.

But this report waves a caution sign about about the spiral of online shopping, citing consumers who think it’s just gotten too confusing.

“Shoppers feel overwhelmed by the number of options they encounter when browsing. Half of online shoppers (46%)  have failed to complete a purchase online because there were too many options to choose from,” the report says. “Brands and retailers have a responsibility — and frankly a lot to gain — when they help combat shopper indecision. The best strategy for accomplishing this involves streamlined digital commerce experiences that enable easier access to information and faster decision making.”