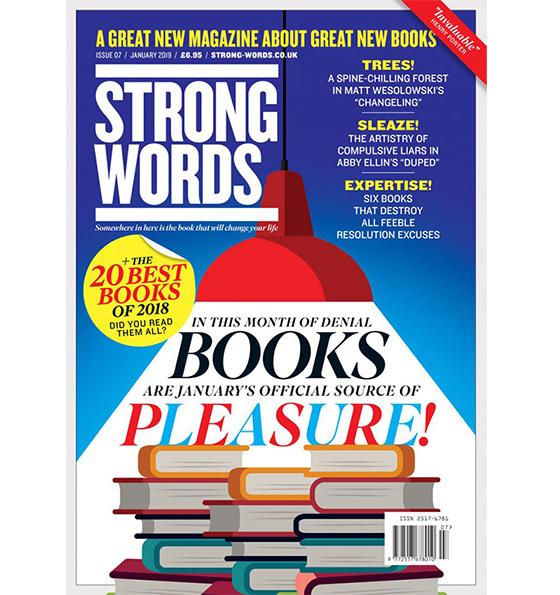 Ed Needham, former editor of men’s magazine FHM,reached a one-year milestone with the literary magazine he started to give books “representation in the media that they deserve.” He keeps the publication lean as its only editorial staffer.

Needham started Strong Words after Dennis Publishing closed the print edition of Coach, the health and fitness title he edited from 2015 to 2016. Needham also was editor in chief of Dennis’ Maxim and managing editor of Rolling Stone.

Strong Words appeals to people who enjoy reading as entertainment, not because they’re literary scholars. He was dissatisfied with the treatment other publications gave to books while they focused on movies and TV.

“Books tend to be reviewed in a slightly solemn, serious, chin-stroking way,” Needham told the Press Gazette. “I don’t think most people read books like that. They read books for pleasure.”

Needham self-funded the title and writes most of the content, which consists of book reviews, news and interview with authors. The magazine also has a contract designer and two contributors.

The magazine also makes money from newsstand sales and subscriptions, which cost £6 for six issues. Strong Words isn’t available for free online. Part of the reason for publishing a print edition is that book lovers have an affinity with the printed page, Needham said.

Needham edited FHM in the mid-1990s when “lad’s magazines” were flying off the newsstands. He moved to New York for the U.S. launch of the magazine before joining Rolling Stone.

It’s admirable that Needham got a publication off the ground with no outside funding or major sponsorship. In the age of social media, such individualistic efforts are more commonly associated with “social influencers” who populate image-sharing apps like Instagram or self-broadcasting sites like YouTube.