Does The Shoe Fit? Nike Uses Tech To Find Out 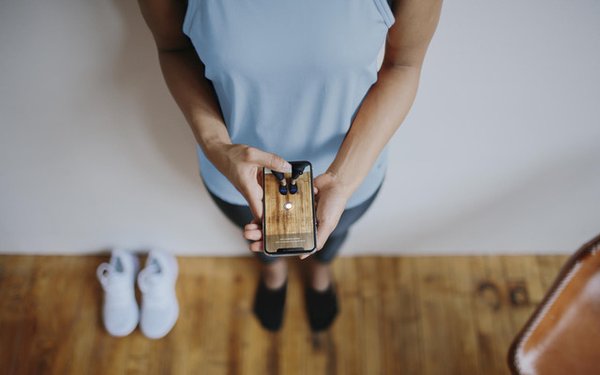 Nike, which has been stepping up its digital arsenal faster than many tech companies, has a new weapon in consumer engagement: Nike Fit, which uses your phone’s camera to make sure the sneaks you’re about to buy are really the best size for you.

The Beaverton, Ore.-based company says it developed the technology based on its research that three out of every five people are typically wearing the wrong shoe size and that half a million Americans kvetch about buying the wrong size shoe each year.

The new sizing function works within the Nike app. When a consumer clicks on shoe size, a new option prompts her to try Nike Fit. Then, using the smartphone camera, it scans the user’s feet, collecting 13 data points within seconds. The scan is then stored in the user’s NikePlus member profile and for future shopping, both online and in-store. It also includes a guest mode, so users can scan other people’s feet -- including their kids' -- to get the best size.

The tech works in stores, too, using a specially developed Nike Fit mat, which allows store associates to recommend a different fit.

In both cases, the app generates a “Best fit for you” suggestion.

Nike says the real value stems from simple anatomy. “A running shoe works best for the athlete when a little more snug, while a sportswear shoe is designed to have more room for everyday wear,” it says in its announcement. Someone may well wear one size in a Nike Air Zoom Pegasus, and another in the Nike Cortez.

“The ultimate goal is to, eventually, totally personalize [the] product. No number, no gender, just your name and a custom-made pair of shoes,” the company says.

Far-fetched? At the moment, yes. But observers point out that when it comes to engaging shoppers with digital strengths, Nike is excelling. Digital sales were up 36% in its most recent quarter, while traffic and sales from its SNKRS app rose in the triple digits, as did membership in the NikePlus club, writes Christopher Svezia, an analyst who follows the company for Wedbush Securities, in a research note following its earnings release back in March.

Svezia expects the company to outperform competitors. “Nike is seeing record consumer engagement across geographies, has a strong product pipeline, and has particular opportunities with women's and apparel,” he writes, with “continued digital momentum, including SNKRS, WeChat, its new algorithm, and personalization.”