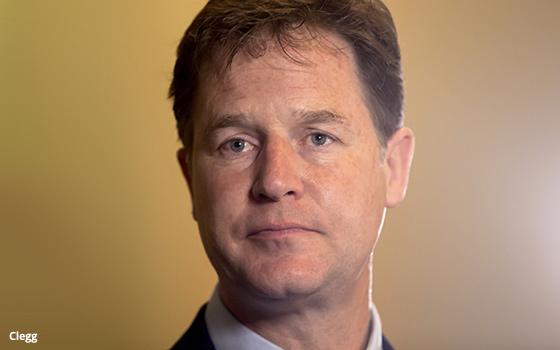 While Mark Zuckerberg remains silent, Nick Clegg, Facebook’s vice president for global affairs and communications, is taking on cofounder Chris Hughes and his calls to break up the company.

In an opinion piece published in The New York Times, Clegg challenges Hughes’s characterization of Facebook as a “monopoly.”

“Almost all of our revenue comes from digital advertising, and most estimates say Facebook’s share is about 20% of the United States online ad market, which means 80% of all digital ads happen off our platforms,” Clegg explains.

Even within the realm of social media and messaging, Clegg argues that Facebook has plenty of competition.

“Each one [of our products and services] has at least three or four competitors with hundreds of millions, if not billions, of users,” according to Clegg. “In photo and video-sharing, we compete against services like YouTube, Snapchat, Twitter, Pinterest and TikTok.”

“In messaging, we’re not even the leader in the top three markets -- China, Japan and, by our estimate, the United States — where we compete with Apple’s iMessage, WeChat, Line and Microsoft’s Skype,” Clegg notes.

“In this competitive environment, it is hard to sustain the claim that Facebook is a monopoly,” Clegg adds.

In his opinion piece in The New York Times, Hughes took direct aim at his fellow cofounder and longtime Facebook CEO Mark Zuckerberg.

“The most problematic aspect of Facebook’s power is Mark’s unilateral control over speech,” Hughes claimed. “There is no precedent for his ability to monitor, organize and even censor the conversations of 2 billion people.”

In the past, Zuckerberg has said he would welcome government regulation of the social-networking industry.

Clegg echoed those sentiments in his opinion piece. Both domestically and abroad, “we are in the unusual position of asking for more regulation, not less,” he said.

As for Hughes’s assertion that the Federal Trade Commission and the Justice Department should use antitrust laws to break up Facebook, Clegg asserts that doing so would be a misuse of such laws.

“These laws, developed in the 1800s, are not meant to punish a company because people disagree with its management,” according to Clegg. “Their main purpose is to protect consumers by ensuring they have access to low-cost, high-quality products and services.”