In-housing And Outcomes And Fears, Oh My! Tensions Abound At Data Summit 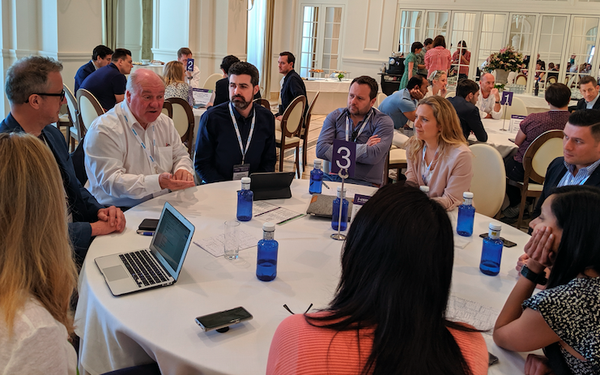 MALAGA, SPAIN -- A series of roundtable discussions among some of the world’s leading marketers, agencies, media and data analysts kicking off this year’s I-COM Data Summit here exposed some tensions between the business goals of each type of stakeholder.

Noting that it makes sense for clients to manage commerce and customer relationships in-house -- he singled out Netflix as an example -- Thomas cited some recent Millward Brown data that shows the shift is beginning to deteriorate long-term brand equity, which historically has been the province of Madison Avenue.

“Building brand equity is very different,” he added, noting that even newer, direct-to-consumer brands that cut their teeth on in-house digital management are beginning to tap agencies for their brand “strategists.”

“We’re learning as we go along,” Nitya Varma, head of strategy at Total Media, conceded, noting that the media agency recently has begun working with clients to help them bring programmatic media-buying in-house.

“We’re basically adapting our business to solve our client’s business problems,” she said, adding that so far it mostly has been tech-savvy and direct-to-consumer brands that have make the in-house leap, whereas bigger and more traditional brands still prefer the agency’s managed service approach.

Stakeholder tensions were also evident during a roundtable discussion on “outcome-based measurement,” during which even the underlying definition of “outcome” was subject to debate and interpretation.

“Everyone has their own [definition],” said Steve Latham, global head of analytics at Flashtalking, adding that organizations are torn between optimizing near-term results of their business operations and longer-term marketing effectiveness.

Much of the discussion focused on the inability to even have a 100% view of who brands are targeting, due incomplete views of digital identity data, or even archaic demographic segmentation in traditional media.

“Lady Gaga and Kellyanne Conway are the same,” Sable Mi, senior vice president-research and insights at NinthDecimal, said, noting that both public figures fall into the same demographic break, “according to the media objective.”

Mi, who moderated the roundtable, noted that the Media Rating Council participated in a series of private roundtables of leading industry self-regulatory bodies earlier in the day, and outlined how it is developing new guidelines for “outcome-based” measurement standards that could be applied across media and platforms.

In the meantime, participants implied that the media world likely will become more -- not less -- opaque when it comes to understanding both who marketers are targeting, and what outcomes they generated from it.

Noting that many of the brands that work with Flashtalking currently don’t even target ads served to Apple devices because of the Safari browser’s ability to block cookies and ads, Latham noted that the same thing is likely to happen with Chrome, now that Google is taking a similar privacy protection path.

“There audiences may be heavy there, but they don’t buy it, because they can’t track it,” he said of Safari, adding that while it is a relatively small share of the global browser market, Google’s Chrome move is far more serious because it represents a 65% share of the market.

“iPhone users and Android users have very different behaviors,” NinthDecimal’s Mi added, noting that marketers that rely on only having “visibility” into one browser, device or operating system, aren’t looking at consumers holistically.