The New Apple TV App Is Here, But It's Just A Warm-Up 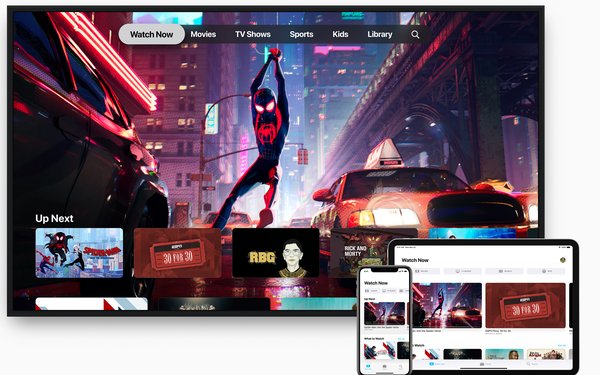 As of this week, the new, improved Apple TV app is available to iPhone, iPad and Apple TV set-top users.

But it’s something of a prelude to the rollout of the full-blown Apple TV+, which happens this fall and will include expensive original productions that could make it a rival to Netflix and other streamers to come, including services from WarnerMedia and Disney.

For years, Apple watchers anticipated something big for Apple TV, and for years, until this one, nothing much did. Other streaming services like Amazon, Roku and Chromecast grabbed most of the market.

With an iOS 12.3 and tvOS 12.3 software update, the “all-new” Apple TV lets users subscribe to channels like HBO, Starz, Showtime, Tastemade and many others via the app. Many of those were available on Apple TV previously, but the new version puts them in a  convenient user interface that makes accessing from one place a lot easier.

This arrangement has some oddities. For example if you subscribe to HBO via Apple TV, you can also watch HBO offline, something you can’t do if you subscribe separately to the HBO Go app.  But everything you watch on Apple TV on your Apple smartphone will play vertically, in portrait mode, not in landscape, the way video content appears on a movie or conventional TV screen.

As The Verge observes in a headline, “Apple TV’s new app is still terrible for actually watching TV on iPhones.”

Apple TV will also be available on 2019 (and some 2018) Samsung Smart TVs -- and when Apple TV+ comes out, it will be available widely, even on Android phones.

Apple TV will  predict content you might want to see based on its knowledge of your previous viewing.

This version boasts Family Sharing, so up to six family members can share subscriptions to Apple TV channels using just their Apple ID and password.

There’s also a new Kids section that includes “editorially handpicked shows and movies for young viewers,” and a Sports section that categorizes upcoming contests by leagues and teams and sends reminder notifications.

The new app may end up making iTunes more top-of-mind by making the library of over 100,000 iTunes movies and TV shows more readily available.

Apple TV -- whenever it starts, for whatever it costs -- will be added to the Apple TV platform and available widely, not just to Apple users.

Though Apple in March made a grand announcement of the then-new service, it was light on specifics like how much a subscription will cost -- and of course, when it will finally debut. But Apple presented big names like Steven Spielberg, Oprah Winfrey, Prince Harry, Reese Witherspoon and Steve Carell as stars, or producers, of Apple TV+ exclusive features to come.