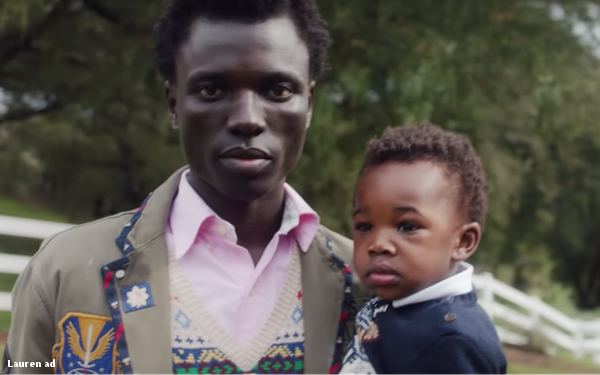 Looks like Ralph Lauren’s new strategies, including spending more on marketing, fresher ads and a renewed focus on digital, are working out. The New York-based fashion company just reported strong numbers, crediting its 13% bump in marketing spending with the spark.

On the surface, the numbers look disappointing. For the fourth quarter of its fiscal year, revenue dipped 1.5% to $1.5 billion, and in North America, the slide was a sobering 7%, down to $708 million. But much of that decrease was related to the timing of Easter this year, as well as tough prior-year comparisons. And net income also dropped, falling to $32 million, compared with $41 million in the year-ago period.

But observers say some of the decline also stems from the company’s decision to step away from some wholesale channels. “We believe that the pullback from outlets that do little to enhance the brand image, and which actually undermine the premium status of the brands, is a necessary step on the road to recovery,” writes Neil Saunders, managing director of GlobalData Retail, in his note on Lauren’s results.

And Lauren is touting the results as a win, including an 8% gain in its direct-to-consumer sales for the quarter, an 11% gain in digital sales for the full year and the success of its new marketing efforts. Besides the impact of its “Family is Who You Love” campaign, Lauren says its 50th Anniversary Fashion Show and Ralph’s Café immersive fashion experience at the Madison Avenue flagship store also elevated the brand, as did a collaboration with UK-based skate brand Palace.

The company says it is continuing to invest in work with the “celebrities, social influencers and cultural events that resonate with different segments of the Ralph Lauren consumer base, including our most recent Ralph Lauren Romance fragrance campaign featuring Taylor Hill.”

Saunders says GlobalData Retail’s research already shows the fluffed-up marketing budget is “having an impact on customers. Brand affinity to Ralph Lauren continues to rise and brand recall and awareness remain elevated compared to a year ago. The uplift is pronounced among younger shoppers.”

Still, he says, Lauren — like many other higher-end brands — is up against softening consumer spending, especially among middle-income shoppers. The company is still struggling to regain its “must-have” mojo, and its “hit and miss” collections aren’t enough to compete in the U.S. He points to the buzz rival Vineyard Vines is building with its upcoming Target release as an example of the kind of creativity Lauren lacks.

“Overall, we believe that Ralph Lauren is in a much better state than a year ago,” he says. “We have general confidence in the recovery plan and can see early results coming through. However, much more work is needed to build momentum in sales and profits.”