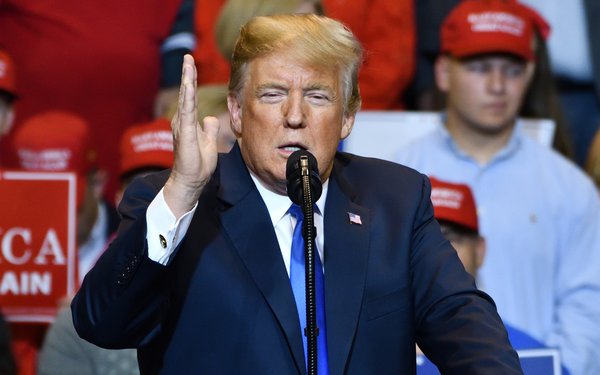 Assuming something of a regulatory role, the Trump administration is rallying consumers who believe they’ve been unfairly silenced by Facebook, Twitter and other social networks.

The White House just launched a tool for disgruntled consumers to share their experiences with the President.

“Social-media platforms should advance freedom of speech,” according to an introduction on the White House’s new Web site. “Yet too many Americans have seen their accounts suspended, banned, or fraudulently reported for unclear ‘violations’ of user policies.”

“No matter your views, if you suspect political bias caused such an action to be taken against you, share your story with President Trump,” the new site reads.

The initiative comes as top social networks continue to crack down on what they consider to be extremists, advocates of violence, and the like.

Standing apart from 18 other governments, the Trump administration declined to support the effort over fears it would restrict free speech.

The White House’s new tool appears to align with a strong view among conservatives (including the President) that social networks operate with a liberal bias, and disproportionately target voices on the political right.

Last year, the President even accused Twitter of “shadow banning" -- the act of limiting the visibility of prominent Republicans on its network. Twitter promptly denied those accusations.

Regarding the White House’s new liberal-bias-fighting tool, Twitter said the effort is misguided.

“We enforce the Twitter Rules impartially for all users, regardless of their background or political affiliation,” Twitter stated . “We are constantly working to improve our systems and will continue to be transparent in our efforts.”

As of Thursday afternoon, Twitter was the only social network to have addressed the White House’s new tool, publicly.
government, politics, regulation, social media
Next story loading