Sheldon Was Here: How 'The Big Bang Theory' Said Good-bye 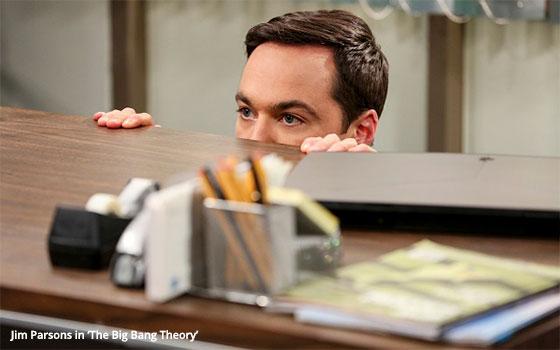 “The Big Bang Theory” ended its storied run on CBS Thursday with two back-to-back episodes that were long on sentiment -- and the show’s trademark comedy.

With characters who are so familiar by now that saying farewell was like saying good-bye to old friends, the show ended with a series of milestones both comedic and loving.

In the former category, the elevator that had been out of commission in the building where Leonard and Sheldon lived across the hall from Penny was finally fixed -- a repair that took 12 seasons and 278 episodes to make. It was a nice touch, and would have been a complete surprise too, if not for rumors circulating in the days before airtime that the elevator would be functional at last.

And even Rajesh (Kunal Nayyar) may have found love with none other than Sarah Michelle Gellar, TV's original Buffy the Vampire Slayer who Raj met on the plane to Stockholm, Sweden, to attend the Nobel ceremony. Gellar guest-starred as herself.

The whole gang made the trip to Sweden, but on the way there, Howard (Simon Helberg) and Leonard both became enraged at Sheldon for his self-centeredness, and threatened to ditch him in Stockholm.

But not surprisingly (and predictably), amity prevailed and all of the friends were united in their celebration of Sheldon and Amy's big prize. The Nobel ceremony gave Sheldon the opportunity to give a selfless speech extolling the virtues of friendship while his friends stood and took their bows in the Nobel audience.

Over the years, “The Big Bang Theory” cast gelled into one of the most close-knit in the history of sitcoms. But if there was a standout star in this ensemble, it was Parsons. And perhaps in acknowledgement of that fact, the two episodes that formed the show's one-hour finale were decidedly Sheldon-centric.

In another Sheldon storyline seen Thursday night, Sheldon became unnerved by the media attention that was suddenly focused on he and Amy in the aftermath of their Nobel win. That's Sheldon, looking like “Kilroy was here” in the photo above, hiding behind his desk to avoid a reporter seeking an interview.

The phrase “Kilroy was here” and its accompanying doodle, featuring a man peering over a fence or wall with his two hands partly visible, gained popularity in World War II when GIs left this graffiti in places where they had been stationed. After they left, Kilroy was the only thing that remained to mark that they had been there.

What remains from “The Big Bang Theory”? A stellar collection of 279 episodes that will continue to generate income for all involved for the foreseeable future.

At its heart, “The Big Bang Theory” was a celebration of science, intelligence and education. It is the show's great legacy.

Sheldon, Leonard and the rest of their genius friends were here, and they just possibly helped nurture a whole generation of new scientists and innovators. It is an accomplishment that is rare among television shows.