Consumers Liking The Benefits Of Robotics At Home 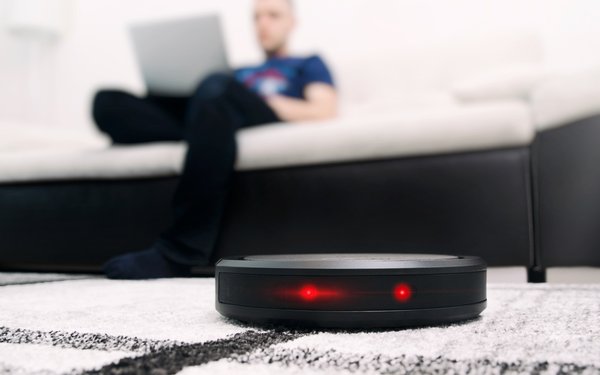 Various forms of robotics are entering homes and many consumers are greeting the idea with open arms.

Nearly half (45%) of U.S. adults already are familiar with robotics and most (84%) of them are enthusiastic about using robotics technology in everyday life.

Those are among the findings of a new survey of 2,000 U.S. adults conducted by the Consumer Technology Association (CTA).

"Consumer robotics are bringing game-changing innovations to sectors including healthcare, education, retail and delivery, and most tech-aware consumers recognize how these changes will improve their lives," states Lesley Rohrbaugh, director, market research, CTA. "Most consumers surveyed associate robots with being state-of-the-art and say they are innovative, intelligent and efficient.”

The retail and hospitality sector is projected as the largest for robotic products and services, estimated to increase from $20 billion today to $72 billion by 2025, according to CTA.

While few (4%) consumers have interacted with retail or concierge robots, many (83%) said they would be open to using the technology for services such as in-store assistance or room service.

Most (84%) consumers aware of robot delivery said they would be open to using robotics to deliver food and packages, primarily in urban settings.

With devices such as robotic vacuums and lawnmowers in the market for some time already, it should be no surprise that 20% of adults already have interacted with household robotics of one form or another.

They’re likely to keep coming as well. Almost all (90%) of those who have used robotics in and around the home say they appreciate the convenience of the products.

iot, robotics
1 comment about "Consumers Liking The Benefits Of Robotics At Home".
Check to receive email when comments are posted.
Next story loading