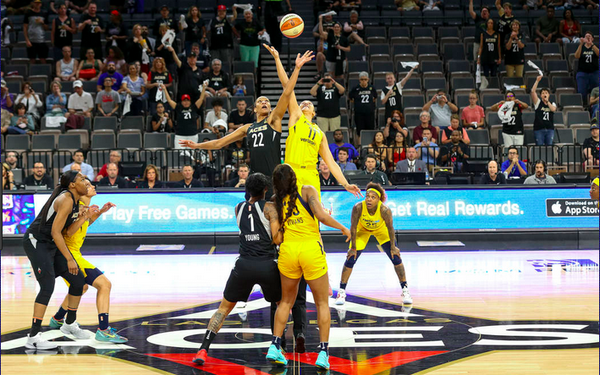 Subscription-based sports website The Athletic announced it will be covering the WNBA as the league begins its 23rdseason.

Fourteen women writers will cover the league, giving readers “on-the-group access to all 12 teams.” Coverage will include on the court, locker room and front-office reports from local beat writers.

National reporters Lyndsey D’Arcangelo and Tamryn Spruill will examine the WNBA from a broad perspective.

Coverage brings an analytical voice to topics such as collective bargaining, the league's new commissioner Cathy Engelbert and players who don’t take an off-season.

As an extra incentive, the The Athletic is offering a 40% off deal on its subscription, which ranges from $3.99 a month for an annual subscription to $9.99 for a month-to-month. The Athletic counts more than 100,000 paid subscribers and a 90% renewal rate.

Just last month, The Athletic announced expansion into another area: podcasts. Twelve new hires were tapped to produce over 20 ad-free podcasts available on The Athletic’s app and website. The new hires included hosts, producers, engineers and audio specialists who will cover the NBA, NFL, MLB and fantasy sports. Fifteen podcasts focused on local sports in the Bay Area and Toronto.

The company is currently valued at around $200 million after raising $40 million in a Series C fundraising round in October 2018.