JC Penney and Kohl's Suck The Life Out Of Retail's Party 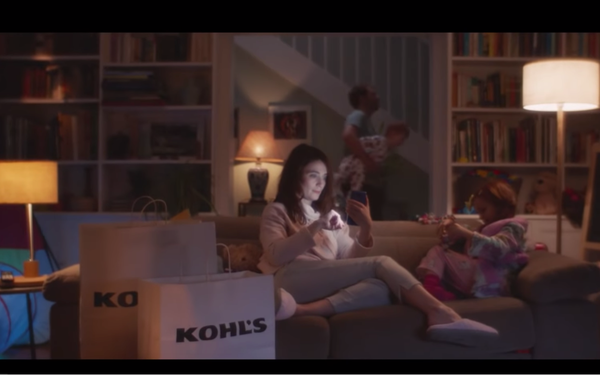 Industry observers keep hoping for a comeback for the battered department store category, cheering on new initiatives from stores like Macy’s and Nordstrom. But the latest financial reports from JC Penney and Kohl’s are anything but encouraging: Penney’s report shows the long-running train wreck is continuing, and Kohl’s casts doubt on the effectiveness of some of the category’s best new thinking.

The Plano, Texas-based J.C. Penney Co. says quarterly losses ballooned to $154 million, almost double the loss of $78 million in the prior quarter. Comparable-store sales fell 5.5%, and overall sales dropped 5.4% to $2.44 billion, from $2.58 billion in the same period a year ago.

Much of that decline stems from its decision to bail out of major appliances and in-store furniture -- categories that were the solution-du-jour a CEO or two ago. And the company says it is continuing to make progress clearing away bad decisions of the past, reducing inventory by 16%.

But the clock is ticking, and experts are skeptical about its progress.

Calling the latest Penney numbers “dire,” Neil Saunders, managing director of GlobalData Retail, says the chain has done little to improve its stores. “Despite the actions of leadership, the experience on the shop floor remains virtually unchanged,” he writes.

“The majority of stores still have a dispiriting feel and are hard to shop with no coherence to ranges. Inspiration is severely lacking. As much as this is to be expected, if only because a turnaround cannot happen overnight, it underlines the fact that JC Penney continues to lose the goodwill and interest of shoppers.”

Kohl’s, which has impressed observers with recent innovative strategies -- including several partnerships with Amazon and a novel downsizing approach that now has it renting out space to companies like Aldi Supermarkets, Weight Watchers and Planet Fitness -- also reported discouraging news.

Comparable sales dipped 3.4%, and overall sales fell 2.9% to $4.09 billion, from $4.21 billion in the comparable period. Net income dropped 8% to $98 million, off from $107 million in the first quarter of last year. Bloomberg called the earnings “a disaster,” and says they represent the company’s worst showing in three years.

“The year has started off slower than we’d like, with our first quarter sales coming in below our expectation,” says Michelle Gass, Kohl’s CEO, in its announcement. "We are actively addressing the opportunities that impacted our first quarter sales and we have strong initiatives that will enhance our sales performance in the second half.”

The Menomonee, Wisc.-based retailer says it is “incredibly excited” about the national rollout of its Amazon returns program.

The company also announced that it would offer a limited-edition women’s apparel capsule from designer Jason Wu this holiday season, inspired by “Hollywood glamour.” The exclusive line is set to include dresses, jumpsuits and jackets.

retail
1 comment about "JC Penney and Kohl's Suck The Life Out Of Retail's Party".
Check to receive email when comments are posted.
Next story loading