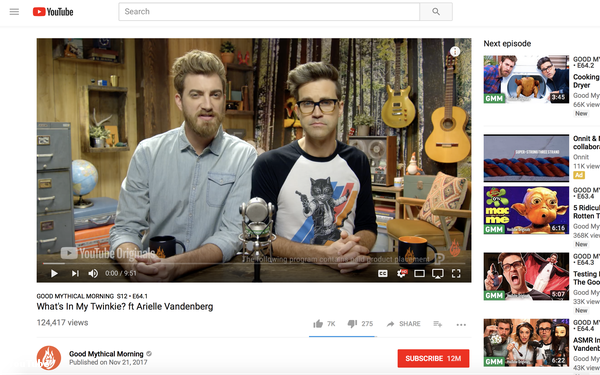 YouTube is making a subtle but significant change to the way it displays subscriber counts on its channels.

In a blog post, the company said that over the next few months it would stop showing up-to-the-minute subscriber tallies and shift to an abbreviated format.

In the blog post, YouTube said it is making the change “to create more consistency everywhere that we publicly display subscriber counts,” although there may be another reason behind the change.

Over the past few months, a number of channels have been engaged in a battle to see which can garner the most subscribers. The most prominent of those battles is the one between PewDiePie and T-Series.

In some cases, fans used third-party measurement firms like Social Blade to display the real-time subscriber numbers for the channels side by side, to get a sense of who was “winning.”

Subscriber counts have also been in the news, thanks to a dust-up between beauty YouTubers James Charles and Tati Westbrook. Charles lost millions of subscribers after the feud began, a statistic that was widely shared by other creators on the video platform.

YouTube says third-parties that use the YouTube API will see the same numbers that viewers see. Individual creators will still be able to see their exact subscriber number in the YouTube Studio.