Sometimes The Sick Violence On TV Just Becomes Too Much 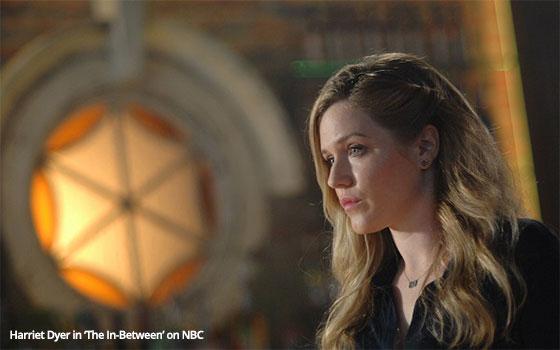 The first scene in a new NBC summer drama series has a small boy gazing sadly upon the apparently dead body of his mother whose eyes have been cut out.

Welcome to summer on NBC.

This show called “The In-Between” -- about a psychic who helps the Seattle police department solve heinous crimes -- is another in a long line of TV shows that make you just want to give up on TV altogether.

Elsewhere in the first two episodes of “The In-Between” that NBC provided for preview, more glimpses of empty eye sockets, accompanied by a coroner's in-depth description of how this victim's eyes were removed.

At one point in the series premiere, airing Wednesday night, a child ghost describes in detail and at great length the feeling of satisfaction she felt when she drowned a baby.

In the second episode, a kidnaper imprisons a small boy in a storage locker and leaves him to bleed drop by drop so he will die in as excruciating a manner as is biologically possible. Here too, this show's audience (if any) will be required to wallow in this man's sadism as he describes his methods and motivations for killing this boy in this way.

The title of “The In-Between” isn’t even made clear. At some point in the second episode, there is an indication that it may refer to the space between death and eternal rest in which restless spirits roam -- and make criminal mischief (or worse) -- until their “final destinations” are somehow determined.

But who knows? And more to the point, who cares?

A person would have to be a sadist or masochist on par with this show's many revolting characters and/or the people who come up with and produce this kind of valueless mess to actually sit through five minutes of a show like this, much less a full hour.

The restless spirits in this show make their presences known to only one person, this psychic named Cassie (Harriet Dyer, pictured above). One of her fathers (she was raised by a gay couple) is a homicide detective who applies her visions to solving crimes. For no apparent reason, this Seattle detective character is an Englishman.

Cassie herself is a bartender, which may or may not be an appropriate job for her because early in the premiere episode she is shown to be a serious alcoholic. But then this situation evaporates and is never implied again, which must rank as the fastest, most complete recovery in the history of 12-step programs.

She must also be the world's most successful bartender because the craftsman-style house in which she lives alone is the kind of dream house the whole world seems to pine for (at least according to the home-seekers on “House Hunters”).

Yes, like psychics and mediums from all over the world of entertainment -- from “The Sixth Sense” to “Long Island Medium” -- Cassie sees dead people. She also hears them, converses with them, and sometimes imagines herself in their place as they are being kidnapped or murdered.

If nothing else, this show will make you happy you are not a psychic because encountering dead people -- at least one of whom is an executed serial killer -- seems to be a stressful way to live one's life.

So, for that matter, is working as a TV critic when you find yourself spending a spring morning watching an upcoming TV show in which people's eyes are cut out, children are tortured and various killers are seen roaming the northwest seeking revenge (which happened to be the storyline in both of the first two episodes of this series).

On the other hand, “The In-Between” would be sad and depressing no matter what time of day you choose to watch it. The best preventative measure for that: Choose not to.

television
5 comments about "Sometimes The Sick Violence On TV Just Becomes Too Much".
Check to receive email when comments are posted.
Read more comments >
Next story loading