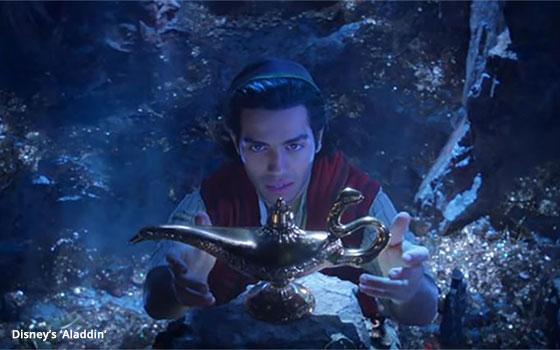 Heading into the big summer movie season, starting with the upcoming Memorial Day weekend, national TV advertising spending for films over the last four weeks is 50% higher over the same period a year ago.

Biggest spenders for this period so far are Universal Pictures, at $49.1 million; Warner Bros. with $27.8 million; Lionsgate at $25.7 million; Walt Disney at $22.4 million; and Paramount Pictures with $14.1 million.

Highest individual movie spenders over the past four weeks include Disney’s “Aladdin” at $21.9 million.

To date, the biggest movie in terms of box office this year is Disney’s “Avengers: Endgame,” with $779.4 million in U.S. box-office revenue ($1.8 billion worldwide).

During the recent month, Disney spent $9.1 million in national TV advertising on the film and $24.5 million overall. The movie, which is still in theaters, was released on April 26.