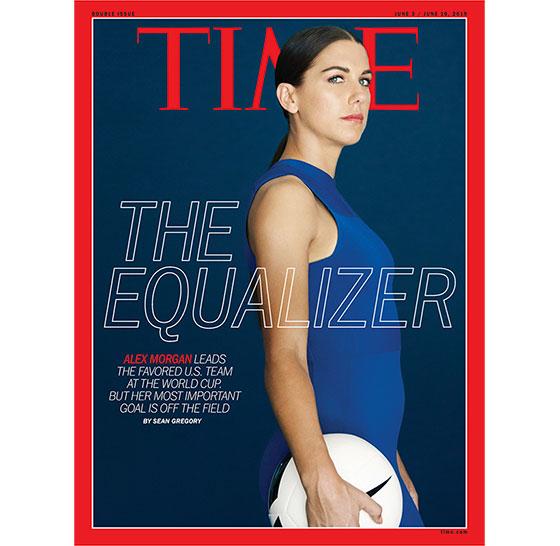 To mark how well Time is tackling its effort to diversify the faces appearing on its cover, Axios poured through the magazine’s archives to tally how appearances by women stack up again men.

After scouring every cover since 1923, the outlet found that Time is headed toward having its highest percentage of covers featuring women in its history in 2019.

The week’s cover features soccer star Alex Morgan, who talks about the need for more respect and money for female players.

The push for diversity comes under CEO Edward Felsenthal and has been in effect for several years.

Axios also uncovered a few other trends that have appeared over the course of Time’s publishing run.

It found that much of the time, cover stories focused on science, aerospace, transportation, space and technology featured an illustration. The most popular animals to appear on the cover include dogs, horses, monkeys and bulls.

The 1940s and WWII also marked an important departure for the magazine’s cover style, as it because more colorful and animated, often featuring soldiers and war figures.